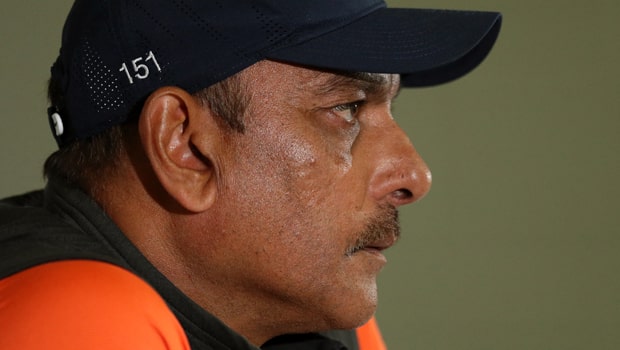 The head coach of the Indian cricket team, Ravi Shastri, has expressed the belief that his team could be world beaters.

Speaking on the back of another series whitewash against Bangladesh, the coach pointed that the team’s ouster for the World Cup was a bitter pill to swallow.

He however described as amazing on how the boys did not let that dampen their spirit have only grown in strength from July 9 earlier this year.

According to him, the intensity shown by the team is fabulous, bouncing back after those 15 minutes in Manchester.

While noting that the dedication and intensity they have shown in their games over the last three months is unbelievable, the coach said, looking back 5-6 years ago, it to be one of the most consistent Indian teams ever across all formats.

Acknowledging that the past cannot be altered, Ravi said winning the T20 World Cup next year would go a long way in confirming the team as invincible, the tag that has been given to them.

When asked if former captain Mahendra Singh will be back into the team and take that flight, the coach said it is necessary to wait till the Indian Premier League (IPL) starts before making such a decision. He added that all would be down to when he starts playing and how he is playing during the IPL.

The coach further stated that the IPL would become a platform that could be the last tournament, after which the squad member for the T20 World Cup will be selected because there might be a player who might be there and in case there is an injury.

Speaking on the present form of the team, Ravi said it keeps moving from strength to strength. He is even excited that about Kohli captainship and the former Indian captain, Sourav Ganguly is now the BCCI president.

He described the development as fantastic and was one of the first to congratulate him on the good news because it was important than anything.

Despite returning to training, Dhoni has made himself unavailable since the World Cup that ended in July this year.