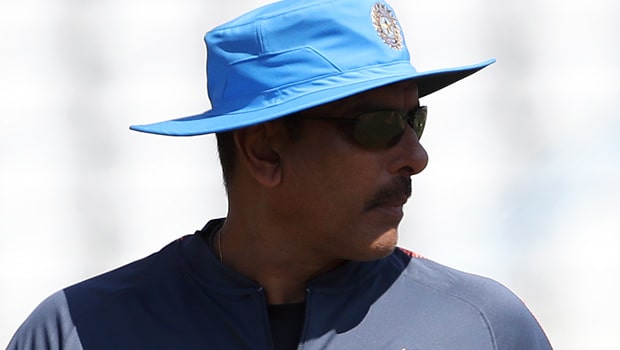 Indian team head coach Ravi Shastri has revealed why Rohit Sharma was named in any of the squads for the upcoming tour of Australia. Shastri stated that Rohit’s medical reports were seen by the selectors and they decided that the talisman shouldn’t be rushed back to action as he will take some time to recuperate from the hamstring injury.

The Mumbai Indians captain suffered the injury in the ongoing IPL and hasn’t played for the franchise since then. However, there was a controversy when Rohit was seen practising in the net session of Mumbai Indians but he isn’t named in any of the Indian squads.

Furthermore, KL Rahul is named as Virat Kohli’s deputy for the ODI and T20I series against Australia. There was a lot of expectation from Rohit for the tour Down Under but unfortunately he has been ruled out.

“It’s being handled by the people in charge of the medical part of it. We don’t get involved in that. They have submitted a report to the selectors and they have gone about their business. I have no say, neither am I a part of the selection. All I know is the medical report which says he could be in danger of injuring himself again,” Ravi Shastri told a TV channel.

It is a big blow for the Indian team as Rohit would have played a key role. Moreover, his performance in Australia has been top-class. Rohit had also grabbed his opportunity as a Test opener but he once again wouldn’t be part of the overseas tour. The linchpin had missed the previous Test series against New Zealand due to calf injury.

Meanwhile, India will play three T20Is and as many ODIs on the Australian tour. The visitors will also play four Test matches. The tourists will travel to Australia after the conclusion of the ongoing IPL and they will quarantine in Sydney.

The ODI series will begin from November 27 whereas the much-awaited Test series will kickstart from December 17. The first Test, which will be a pink-ball Test match will be played at Adelaide Oval.