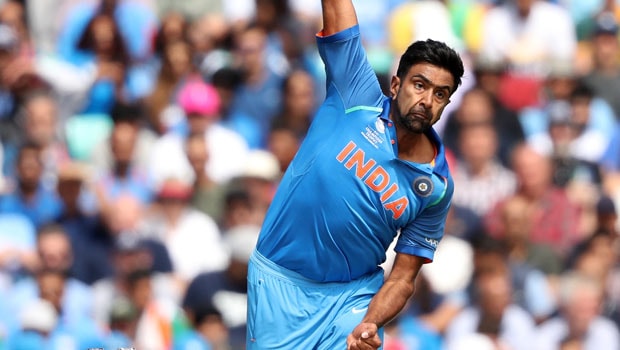 Former legendary Pakistan spinner Saqlain Mushtaq believes Ravichandran Ashwin is still India’s best spinner and the team management should get him back in the shorter formats. Ashwin last played white ball format back in July 2017 against West Indies. Subsequently, Yuzvendra Chahal and Kuldeep Yadav came into the scheme of things and Ashwin and Jadeja were ignored for selection.

Meanwhile, Jadeja has made his comeback into coloured jerseys but Ashwin is still struggling to make his way back into the limited overs format. Saqlain Mushtaq believes it is harder to pick up wickets in Test format and Ashwin is still doing it successfully.

Mushtaq believes it is far more important to take wickets than to contain the batsman and he reckons Ashwin has both the skills of taking wickets as well as bowling economically.

“Class is permanent whether you are a finger-spinner or wrist-spinner. Your skills, game reading abilities matter a lot. I was surprised when Ashwin was sidelined from one-day cricket,” Saqlain told PTI.
“He knows how to get the batsman out in the five-day game, which is much tougher than limited overs cricket. Anyone can do the containment job but someone who knows how to take wickets can contain also. He knows both. How can you keep him out? You have to back your best players.”
There is no doubt that Ashwin has been India’s best spinner in the last six to seven years. In fact, Ashwin white ball numbers are not bad as he has scalped 150 wickets in 111 ODI matches at an average of 32.91. Furthermore, he snared 52 wickets in 46 T20I matches.

Ashwin has been first choice spinner in the Test fold as he has taken 365 wickets in 71 Test matches at an average of 25.43. Moreover, he can provide the finishing touches with the bat.

Ashwin is a clever customer and knows how to work out a batsman. The off-spinner from Tamil Nadu hasn’t been in selectors eyes for the limited overs format and he would like to make a roaring comeback into the one-day game.

On the other hand, Saqlain Mushtaq also added that he was flabbergasted when Harbhajan Singh was sidelined because of Ravichandran Ashwin. In fact, the former Pakistan off-spinner believes the Turbanator could have easily ended with 700 Test wickets but he could take 417 wickets in his red-ball career.

“They sidelined Bhajji (Harbhajan Singh) at the expense of Ashwin back then. After Ashwin, you have tried many off-spinners but none of them has been of his class.
“Such was Bhajji’s class that he could have easily taken 700 Test wickets,” he concluded.

Meanwhile, Ashwin’s last Test match was the first Test against New Zealand in February 2020 in which he took three wickets. However, he was dropped from the final XI in the second Test.