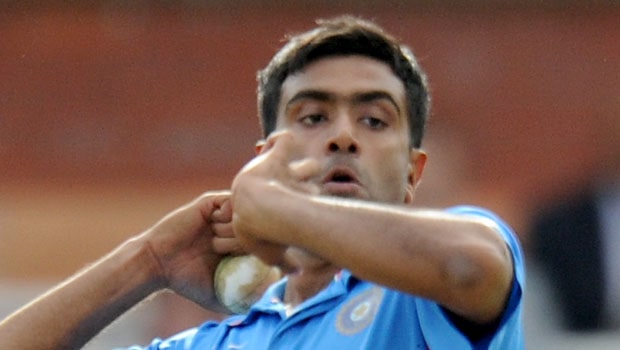 India’s ace spinner Ravichandran Ashwin has thrown an open challenge to Cheteshwar Pujara that he will shave half of his mustache if the latter hits any off-spinner over the top in the upcoming Test series against England.

“If he goes over the top against Moeen Ali or any other spinner stepping down the wicket in this English series that we gonna play, I will take half my mustache out and come to play the game. This is an open challenge,” Ashwin said jokingly during his conversation with India’s batting coach Vikram Rathour, on his YouTube channel.

“That’s a great challenge to put across. Let’s hope that he takes it up. I don’t think he will take it up,” Rathour responded.

Pujara was one of the stars of the Border-Gavaskar Trophy between India and Australia that concluded recently. His grit, determination and patience impressed everyone as he kept taking one blow after another on his body throughout the series.

“Because for some reason you really sledge him. I don’t know why. What the deal there? You really go after him all the time. And him being one of my favourite players in the team. I love his attitude. The way he bats, the way he prepares actually he is a coach’s dream actually. So, I have to defend him against you. I think no praise is enough for the way he batted in the last Test match. The way he responded to all those short balls and all injuries that he had,” Rathour continued.

Ashwin also explained why he sledges Pujara so much, “Because what happens is, every time an opponent like Nathan Lyon is bowling, Pujji makes it so heart throbbing for me. Every time the ball goes up in the air, I am like ‘You know what? Nobody plays like this man. You are making him look like unplayable.’ And eventually, everybody will think that I’m not able to make the other batsmen bat like this.”

“He does not. I mean, he handles him really, really well. And the numbers show that. he is averaging 50 plus against him. So, he has done well against him and that’s his way of playing. … He has a very set method. He is a stubborn character and that is his strength as well,” Rathour responded again.

Both Ashwin and Pujara will now return to the field during the four-match Test series against England, which starts at Chennai on February 5.