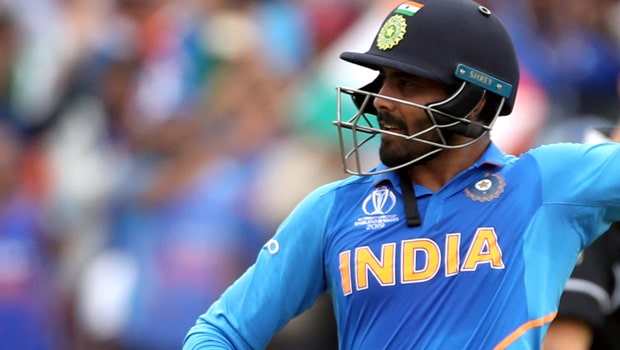 Ravindra Jadeja has been an invaluable asset for the Indian team of late owing to his consistent performances with both bat and ball. Whether it is scoring runs in the lower middle-order or breaking partnerships with the ball, Jadeja has been up to the task every time.

Initially, he started off as a bowler who can bat. But the 32-year-old has undergone a tremendous improvement as a batsman in the last couple of years and that has made him an automatic pick in the Indian Test team. We should not forget that he is one of the best fielders in world cricket at the moment as well.

He played crucial roles with both bat and ball in India’s victories in the limited-overs leg of the tour and also in the second Test at the MCG. His recent contributions haven’t gone unnoticed and former Australia all-rounder Tom Moody believes that he has the potential to become a pure batsman and bowler in the longest format for India.

“I believe Ravindra Jadeja is a Test-quality all-rounder for all conditions. He has played 50 Test matches, and has had 33 of those at home and only 17 away. I feel that he is ready to embark on a new chapter in his career where he can be leant on as a pure bowler and a pure top-order batsman. It gives the Indian team a wonderful balance,” Moody said on ESPNCricinfo.

Jadeja is still a valued all-rounder with over 2000 runs and 200 wickets to his name in Tests but it is his ability to pick up wickets without turning the ball much that has impressed Moody the most.

“He averages just a tick over 35 in Test cricket. He has one hundred and 15 fifties and I think he’s a far better player than he was to get those numbers. So it’s only going to improve over time,” he said.

“And I think that he’s a spinner who doesn’t necessarily rely on turn either so if you’ve got a wicket with a little bit of grass, that’s not offering turn, he still will be able to build pressure and create opportunity for the Indian team to have a successful series home or away.”

Moody also went on to say that Jadeja along with Rishabh Pant form quite a lethal No.6 and 7 in the Test format and India should keep giving Pant a longer rope in Tests for that.

“To me the difference between six and seven is not relevant. What’s relevant is how good your keeper is as a batsman. At the moment the decision the Indian team has made with Pant, I think it’s quite a potent combination at 6 and 7,” he said.