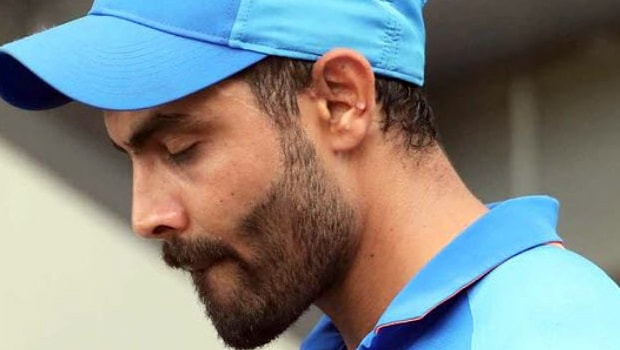 Former South African batsman Jonty Rhodes has heaped praise on India’s gun fielder, Ravindra Jadeja. Rhodes added that as Jadeja is a livewire on the field, he hardly needs to slide or dive to get to the ball. Jadeja is quick on his feets and he is one of the fastest players in the game.

There is no doubt that Ravindra Jadeja is currently within the top three fielders of the world. Furthermore, the left-hander has a rocket arm and his throws are mostly right on the money even if they are from the deep end of the stadium.

Moreover, Jadeja is known to hit the bullseye even if he has only one stump to aim at. Overall, Jadeja is a complete fielding package and saves more than 20 runs for the side with his fielding skills.

Jonty Rhodes mentioned that he loves to watch AB de Villiers and Martin Guptill as both of them are great fielders.

When Suresh Raina asked Jonty Rhodes to name his world’s favourite and Indian fielders, the latter said on the Instagram live interaction, “I love to watch AB de Villiers – whether he is batting or fielding, he’s a very entertaining guy. I think Martin Guptill is a very good fielder from New Zealand.”

In fact, it is recommended the players should throw over the top rather than side arm so that it doesn’t take a load on their shoulders. However, Jadeja’s fitness allows him to throw with a side arm without breaking a sweat. Rhodes likened Jadeja’s fielding with former Australian, Michael Bevan, who was also a livewire during his halcyon days.

“He’s very fast across the field, you never saw him really dive or slide, because he’s got such good speed, he will get to the ball. You and I would always dodge, we are dirty fielders, we would get to the ground, get dirty, and get up quickly,” he said.

“Someone like Jaddu or Michael Bevan, because their speed is incredible, you hardly see them diving, unless it’s a dive on the boundary. Jaddu, these days, has taken some fantastic catches in both Tests and ODIs”, Rhodes added.

Ravindra Jadeja has been brilliant in the field and adds value with his fielding skills. In fact, recently Indian captain Virat Kohli had mentioned that he would choose Jadeja over himself to hit the stumps for his life.

Jadeja is quick on the turf and he can get to the ball in a jiffy. The left-armer has set the benchmark high and there is no doubt that he is India’s best fielder.

India’s fielding has improved in the recent past and a lot of credit also goes to coach R Sridhar. India has some great fielders like Virat Kohli, Rohit Sharma, KL Rahul, Hardik Pandya, Umesh Yadav and Ravindran Jadeja, who all are super fit.