Home » Cricket » Ravindra Jadeja: One of the best lower order batsmen in Tests at the moment

Ravindra Jadeja: One of the best lower order batsmen in Tests at the moment 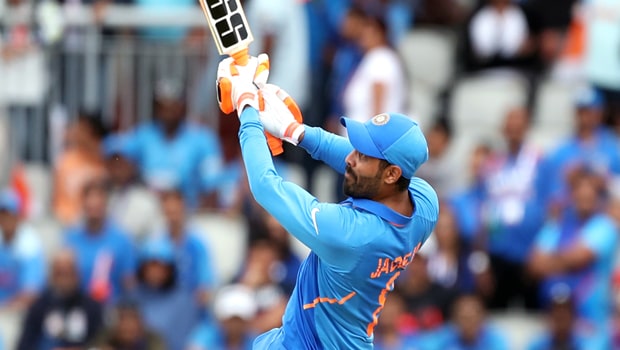 Ever since his appearance in international cricket, Ravindra Jadeja news got viral and excelled more as a bowling all-rounder than a batting one. Although his all-round exploits in first-class cricket; 5474 runs at an average of 46.78 and 404 wickets at an average of 23.87 suggest that he is a proper all-rounder, his batting hasn’t quite clicked as far as Test cricket is concerned. Statistics of only 848 runs at a meager average of 26.50 during the first four years of his Test career is testimony of that fact.

However, things started taking a turn for the better in 2017. He had only four fifties in a total of 38 innings until 2016. But he scored the same number of fifties in 2017 alone, which included a best of 70* and a tally of 328 runs at a healthy average of 41. Since then, he has gone past fifty in four innings, the latest of which came in the first innings of the first Test of the ongoing series against West Indies at Antigua. One of these four fifty-plus scores had been converted into his maiden Test century as well and that came last year during India’s home series against West Indies once again.

Since 2017, Jadeja has scored 696 runs in 24 innings and, that too, at an excellent average of 46.40. These runs include a total of seven scores of fifty or more and one century as well. Moreover, Jadeja has the highest batting average among batsmen who have batted between positions seven to 11 and played 10 or more innings during this period in Tests.

His average of 51.46 is better than the likes of Rishabh Pant latest news performance at (45.16), Quinton de Kock (39.91), Jason Holder (38.11), Hardik Pandya (36.69) (more Hardik Pandya latest news) and even Jos Buttler (36.50). There are other good players like Sarfaraz Ahmed (more on Sarfaraz Ahmed news), Jonny Bairstow and Tim Paine as well. But Jadeja has taken his performances with the bat to a whole new level.

Half century for @imjadeja – He goes on to hit the 1st six of the match. 58* at the moment #TeamIndia #WIvIND pic.twitter.com/sfH7MLCsYR

He pipped even Ravichandran Ashwin to start as the first choice player in the first Test match against West Indies, such is his all-round impact now. Jadeja was the one who was warming the benches a year ago as Ashwin was the out-and-out first-choice spin bowling all-rounder as far as overseas tours were concerned. However, a little bit of hard work put into his batting has turned his career around. This improvement has given a massive boost to the 30-year-old’s international career now. The batsman inside him took quite a long time to arrive but he is not going to fade away easily now that he is here.