Ravindra Jadeja should bat ahead of MS Dhoni for CSK: Sanjay Manjrekar 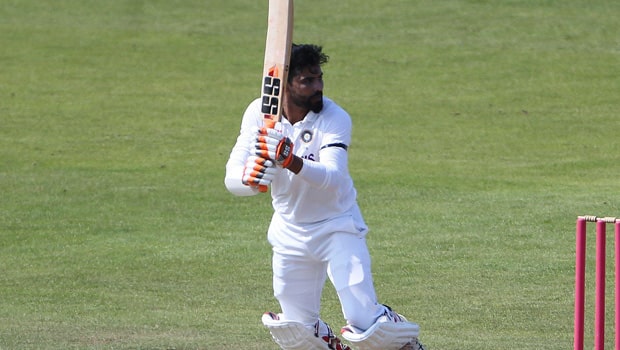 Former Indian batsman Sanjay Manjrekar reckons Ravindra Jadeja should bat ahead of MS Dhoni for Chennai Super Kings in the second phase of the Indian Premier League. Jadeja has been in fine form with the bat whereas Dhoni had struggled to get going in the first phase of the IPL.

Jadeja has been hitting the ground running and he has certainly improved his batting skills in the last couple of years. The southpaw scored 131 runs in six innings in the first leg of IPL 2021 at an average of 131 and a blistering strike rate of 161.72. On the other hand, Dhoni could not deliver the goods with the bat as he scored only 37 runs in four innings at an average of 12.33 and a strike rate of 123.33.

Jadeja can add the finishing touches for Chennai Super Kings along with Dwayne Bravo and Sam Curran. Meanwhile, Dhoni’s power-hitting abilities have been on the wane in the last couple of years.

Sanjay Manjrekar said while talking to ESPN Cricinfo, “Jadeja should bat ahead of MS Dhoni. I think so (CSK will do well) because their approach has changed and Moeen Ali and Sam Curran have become impact players so they should perform better than the last time we saw them in UAE.”

“I think Moeen Ali, they should get both their fast bowlers in Hazlewood and Lungi Ngidi. And if there is a little bit of turn, Imran Tahir,” Manjrekar said.”For the first game because of injuries, I will go with Moeen Ali, Josh Hazlewood, and Lungi Ngidi,” Bishop opined.

On the other hand, both Manjrekar and Bishop feel Mumbai Indians should play with in-form Adam Milne ahead of Nathan Coulter-Nile.

“Toss up between Coulter Nile and Adam Milne. There is enough batting for MI so I think Adam Milne.” Manjrekar stated.

“Adam Milne definitely should play. He is the form of his life,” Bishop concluded.

Chennai Super Kings is at second place in the points table with five wins from seven matches.