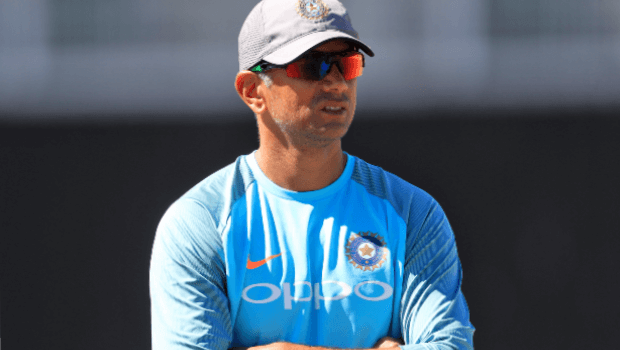 Former Royal Challengers Bangalore captain Rahul Dravid believes the franchise has never had a balanced team in the IPL folklore. The Bangalore team is yet to savour success in the IPL history and they haven’t been able to tick the right boxes. RCB have managed to make it to three finals but have failed to cross the last hurdle.

Dravid played for RCB in the first three seasons of the IPL and knows what goes around in the dressing room. The former Indian skipper also added that the club has always been poor with their selections.

It is noticed that RCB make quick changes to their playing XI if they don’t get the right results rather than being patient. Ergo, they don’t back the players and give them the enough time they need to settle into their groove.

Furthermore, RCB have always chased big batsmen in the IPL auctions and they have always missed a quality death bowler in their squad. In fact, it is well said in cricket terminology that ‘batsmen win you games whereas bowlers win you tournament’ but RCB have not followed this ploy.

“Bangalore have never balanced their team very well,” Dravid was quoted as saying in a book published by Tim Wigmore and Freddie Wilde. “I think they’ve been very poor with selections and auctions. They had their best year when they had a bowler like Mitchell Starc who was able to close out games for them. But they kept going out and picking gun batsmen.”

On the other hand, Dravid believes Chennai Super Kings are the opposite of RCB and hence they are so successful. CSK has a leader like MS Dhoni and their scouting system was the best in the initial seasons of the tournament. The team also backed their players and had a clear road map of their strategies.

“CSK was just the most high-profile team that they ran. So in a sense they’ve always had people on the ground and their scouting system was probably better right at the start than any other team,” he further added. “There are a lot of foreign players available for four slots. But there are a limited number of quality Indian players available, and the fact that CSK have been able to get some of the best guys has meant that they have always had that core.”

“That’s where Chennai have always been successful because they’ve often had stronger bowling than Bangalore,” said Dravid.

Meanwhile, Dravid feels Royal Challengers Bangalore didn’t have a well made plan in the IPL auction, where half of the battle is won or lost in the tourney. RCB always wanted to rope a good death bowler but they will eventually veer off the track to spend a whopping amount on a big batsman.

“For RCB, you always felt they will be chasing a gun death bowler,” said Dravid. “Then the first thing you realise is they’ve spent 15 crores on Yuvraj Singh and you think, ‘Oh, shit! They aren’t in the market for that!’” and by the time a death bowler comes round they won’t be able to spend any money so we can outbid them.”

CSK and RCB are poles apart in their stratagem and thus the results also tell a different story altogether. Meanwhile, IPL 2020 looks unlikely as Prime Minister Narender Modi announced a 21-day lockdown to curb the spread of Covid-19.