Regret my pull shot in the Christchurch Test – Cheteshwar Pujara 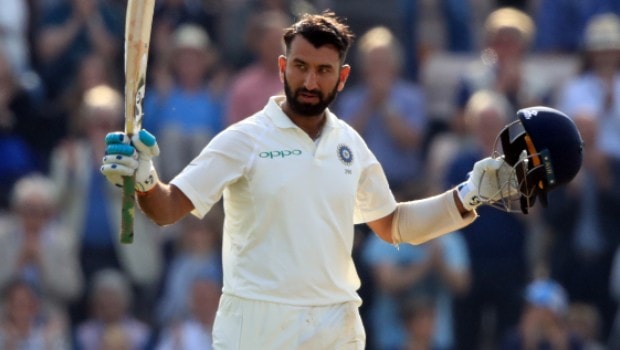 India’s number three Test batsman Cheteshwar Pujara has revealed that he regrets playing the pull shot in the second Test match against New Zealand which was played at Hagley Oval, Christchurch. Pujara was well set as he was batting on 54 runs after facing 140 balls and it was surprising to see him play an uncharacteristic shot.

In fact, the bouncer from New Zealand’s lanky fast bowler Kyle Jamieson was outside the off-stump and it was not there to hit. However, Pujara decided to go for it and he had to pay the price as BJ Watling took a simple catch.

The wicket led to India losing the advantage as the hosts took the next six wickets for 48 runs. It is seldom that we see Pujara going for these types of shots, especially after getting settled into the crease.

The solid Indian batsman didn’t have the best of New Zealand tour as he could only manage 100 runs in the four innings at an average of 25. Pujara always puts a price on his wicket and it is hardly seen that he throws away his scalp. The right-hander is known to grind hard for his runs but he was not at his best against the Kiwis.

“For me, the biggest regret is the shot that I played during the second Test where I tried to pull. I don’t usually. I never play that kind of a shot. It happened instinctively. I still rue it, I wonder how it happened. Once I am set, I never give my wicket away,” Pujara told Indian Express after Saurashtra lifted the Ranji Trophy for the first time.

Pujara is known to work hard for his runs and he is the epitome of pristine Test batting. The right-hander takes his time before he can hit the ground running. In this age of T20 cricket, Pujara feels the young generation doesn’t understand his game but he believes he can perform well in the white-ball formats.

“The young generation does understand my game. Then, Test matches are getting fewer day by day, there are more white-ball games happening. So they won’t copy my style because my batting approach suits Test cricket (more). It’s not that I cannot change gears, I can play in shorter formats too. Many people have not seen me bat in white-ball cricket on TV. I know I take some time (to get in) but that’s the way I have been taught when growing up”.

Time and again, Pujara has come under the scrutiny for his low strike-rate. The Indian captain, Virat Kohli has often talked about showing intent with the bat in Test cricket. However, Pujara has quietly done his job and he feels it is imperative to bat according to conditions, as they were arduous in New Zealand.

“There is nothing wrong with batting slowly if the situation depends. I have to keep my ego behind, the ego of me being an international batsman and facing some bowlers who bowl at 110 kmph. If the situation is not easy and I know I can’t play my shots, then I will not. Game changes as per the pitch. Like in New Zealand, where the pitches were more challenging.”

Cheteshwar Pujara has done a fine job for the Indian team and he was the hero of the Down Under tour of 2018-19. Pujara had scored 521 runs which included three centuries to help India script history in Australia. The right-hander also played his part in the final of the Ranji Trophy against Bengal as he sauntered to 66 runs after facing 237 balls. Pujara was not even 100% as he was battling with illness.