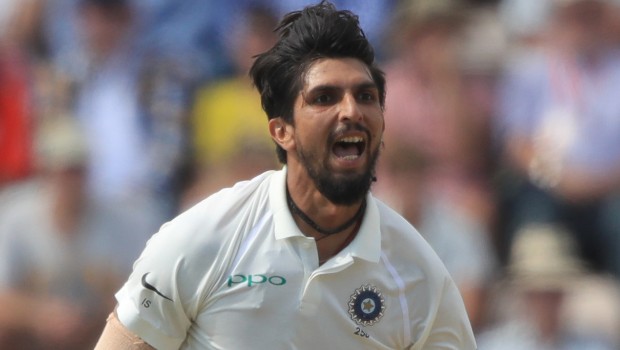 India’s pack leader Ishant Sharma rated Ricky Ponting as the best coach he has ever met in his career. The lanky pacer recalled that he was lacking confidence when he was making a comeback into the IPL in the 2019 edition for the Delhi Capitals. However, the former Australian captain, who is the head coach of the Delhi franchise, gave a shot in the arm to the veteran pacer.

Ponting told Ishant Sharma that he should be helping the youngsters as he has got the experience under his belt. The right-arm pacer from Delhi hasn’t had a great time while bowling in the IPL. However, Sharma was able to do a decent job for the Delhi Capitals as he scalped 13 wickets in as many matches in IPL 2019 and helped the team in qualifying for the playoff stages after six years.

Ricky Ponting has been known to get the best out of his players and played a major role in turning the corner for the Delhi Capitals in the previous season.

“He’s the best coach I’ve ever met. I was very nervous when I was making a return to the IPL last season. I was almost feeling like a debutante walking into the camp the first day, but he gave me a lot of confidence since the first day I arrived at the Delhi Capitals’ camp,” said Ishant Sharma in an Instagram live interaction with Delhi Capitals.

“He just told me, ‘You’re a senior player and you should help the youngsters. Just don’t worry about anything – you’re my first choice.’ And I think that bit of conversation really helped me,” revealed Sharma.

Delhi Capitals had finished at the third place in the league stage in IPL 2019 as they had won nine matches out of their 14. Shreyas Iyer-led side also defeated Sunrisers Hyderabad in the Eliminator but their journey was ended by Chennai Super Kings in the second qualifier.

Capitals’ fast bowler Kagiso Rabada had finished as the second highest wicket-taker of the previous season as he had snared 25 wickets in 12 matches.

On the other hand, Ishant Sharma has shown an upward swing in his improvement graph in the last couple of seasons. The Delhi pacer has made good use of his experience in the last two years and he has been able to turn the tide.

Ishant Sharma has bagged 71 wickets in 89 IPL matches at an average of 36.11. The tall fast bowler would like to be at his best for the Delhi Capitals if the IPL goes ahead in 2020.