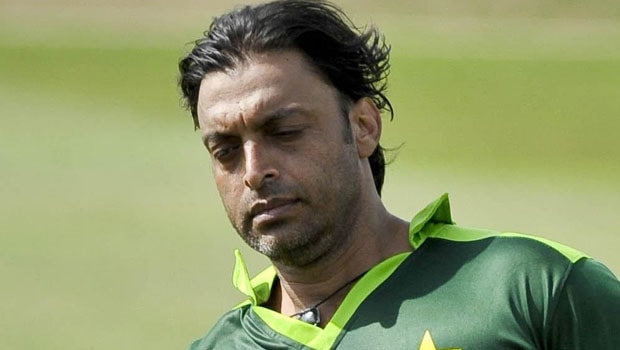 Former Australian skipper Ricky Ponting had recently revealed the best over he ever faced in his entire career. Ponting had picked Andrew Flintoff’s 2005 Edgbaston Test over as the best he ever encountered in his illustrious career. Similarly, Ricky Ponting now selected former Pakistan’s gun pacer Shoaib Akhtar’s spell as the fastest he had ever faced.

Ponting shared a video of Akhtar in which the Pakistan ace paceman was breathing down the neck of the Australian batsman. Shoaib Akhtar was at his best in the 1999 Perth Test match and gave a hard time to Pontnig. Akhtar would come steaming in, would take his jump before catapulting thunderbolts at the batsmen, it was all poetry in motion for the fast bowler, whose only aim was to bowl as fast as he can.

Akhtar tested the speedometer to its limits as he consistently bowled over 145 kmph. The Pakistan pacer had a long run up and a beautiful action, which helped him in yielding high speed.

Got plenty of questions the other day after calling the Flintoff over the best I'd faced.

This from @shoaib100mph was the fastest spell I'd ever faced and trust me Justin wasn't backing up too far at the other end. pic.twitter.com/JhhuEwXrAc

There are three balls in the video shared by Ponting in which the first one thudded into Moin Khan’s gloves. The ball whisked past Ponting even before he could react and Akhtar also made a gesture with his hands. However, Akhtar had overstepped in an attempt to ball fast.

The second ball once again had good bounce and Ponting was quick to drop his hand to leave the ball. The speedometer – 150 kmph.

The third ball came into the right hander and also had a steep bounce. Ponting once again did well to leave it unperturbed. The speedometer said 146.1 kmph. Boy, it was quick.

Ponting wrote on his Twitter handle, “Got plenty of questions the other day after calling the Flintoff over the best I’d faced. This from @shoaib100mph was the fastest spell I’d ever faced and trust me Justin wasn’t backing up too far at the other end”.

Meanwhile, Shoaib Akhtar was known to consistently bowl fast and he registered the fastest ball in the history of the game when he clocked 161.3 kmph while bowling to England’s opening batsman Nick Knight.

On the other side Akhtar was able to dismiss Ricky Ponting twice in his Test career and as many times in the ODI fold.