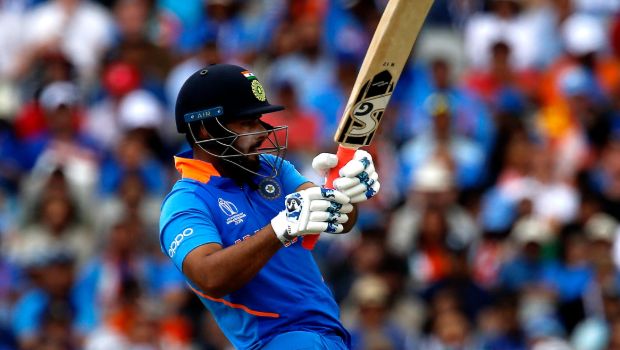 Patel also added that Pant will hold the key for Delhi Capitals as a leader of the team. Pant has been a sublime form in the recent past and his confidence is sky-high.

It has been fruitful last six months for Rishabh Pant as he had a brilliant tour of Australia and also performed well against England. Pant scored 274 runs in the three-Test matches he played against Australia and played two magnificent knocks of 97 and 89* at Sydney and Brisbane respectively.

Pant has already played some influential innings in his short career and he has shown the skills to go a long way in his career. The left-hander has tremendously improved his shot selection and he has taken giant strides at the top level. Furthermore, Pant has improved his skills as a wicket-keeper.

The youngster has been given the onus to lead the Delhi Capitals in the upcoming season of IPL in the absence of full-time skipper Shreyas Iyer, who has been ruled due to a shoulder injury.

Speaking on Star Sports’ show “Game Plan” Parthiv Patel said, “I think Rishabh Pant carries a lot of confidence with him and that’s what you want when you are playing a T20 game. You don’t want any doubts in your mind and especially a player like Rishabh Pant.

“He was burdened with the comparison of MS Dhoni and he also tried to do that, but he himself is a brilliant player. He doesn’t have to worry about being like MS Dhoni. He can be better than MS Dhoni or he can win matches on his own every given time.

“So, I think Rishabh Pant will probably hold the key for Delhi Capitals.”

Rishabh Pant had come under scrutiny for his performances but he has done a fine job in the recent past. The attacking batsman has let his bat do all the talking for him and he has come a long way in his career.