Home » Cricket » Rishabh Pant finally shows what he is capable of

Rishabh Pant finally shows what he is capable of 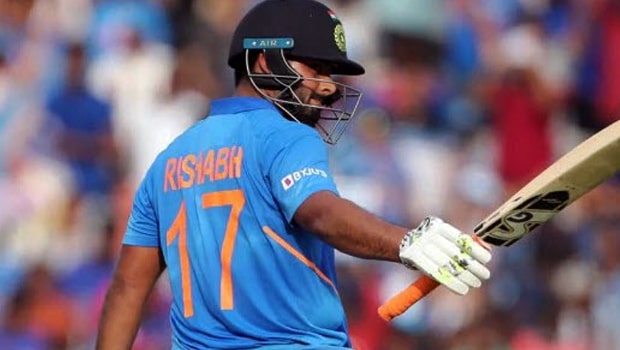 Indian wicketkeeper-batsman Rishabh Pant had been under a tremendous amount of pressure while coming into the ODI series against West Indies. Even though he had made some sort of impact in T20Is having scored two fifties already, his 10 outings in ODI cricket prior to the first match of this series at Chennai had yielded just 235 runs at a meager average of 23.50. He didn’t have a single fifty to show to his name as well.

The expectations of filling MS Dhoni’s shoes didn’t do good to him either as he came up with such poor showing and when he walked out to bat on Sunday, with India’s score reading 80 for 3 in the 19th over of their innings, he found himself in an intense battle between his abilities and people’s expectations once again.

The track wasn’t easy to bat on. It was a bit on the slower side as batsmen continuously found it difficult to time their shots. Pant also had the same difficulty at the beginning. However, once he got a hang of the pace of the wicket, he started unleashing his shots one by one. He began with two heaves down the cow corner for two boundaries at the halfway mark of the innings and started accelerating from there onwards.

It wasn’t the same berserk mode we are accustomed to see Pant batting in but it was more of a subdued and controlled knock from him. He took calculated risks and yet continued to score at more than a run-a-ball. His partner Shreyas Iyer at the other end was batting with a strike-rate of less than 80 but here was Pant having no problem whatsoever in keeping the scoring rate up.

He shared a 114-run stand for the fourth wicket with Iyer and thus propelled India towards safety. At one point, it looked like he was in for a big knock but Pant departed just three overs after Iyer’s dismissal. He tried to push the scoring rate further as he tried to lift Kieron Pollard over the boundary but he was out caught by Shimron Hetmyer instead. However, he had already contributed a valuable 71 runs off just 69 deliveries by the time he departed. Although India still went on to lose the match, this innings gave a glimpse of Pant’s improving maturity level as a batsman for the first time in this format.

The southpaw showed that he can be the player India want him to be. All he needs is proper backing from the team management and the fans as well.