Home » Cricket » Rishabh Pant has every shot in the book, says Rashid Khan

Rishabh Pant has every shot in the book, says Rashid Khan 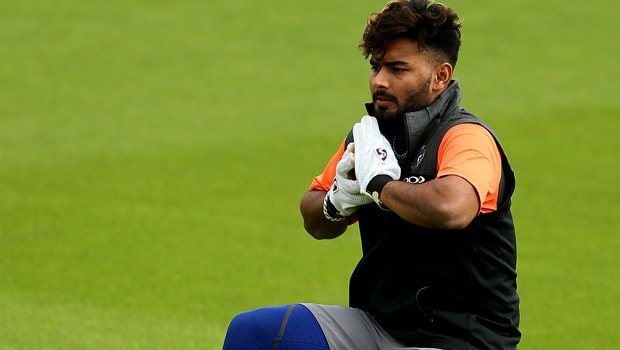 It is not easy to play against India wicketkeeper-batsman Rishabh Pant because he has all the shots in the book, Premier Afghanistan leg-spinner Rashid Khan says.

Pant, who has been criticized at times for failing to deliver in his batting, consistently had an encounter with Khan in the U-19 level.

To Rashid, who is number 1 ranked T20 bowler, Pant was always explosive. The 21-year-old leg-spinner stated this during an Instagram Live chat with India’s leg spinner,  Yuzvendra Chahal.

The 22-year-old Pant who has also been criticized fall faltering behind the stumps have received backing from former cricketers like Yuvraj Singh, who said the dashing left-hander needs encouragement and not otherwise.

The young cricketer is expected to up his game after the relaxation of lockdown in the country after the coronavirus hiatus.

When asked how he manages to bowl against to hard-hitting West Indies batsman like Andre Russell, Rashid said he tries bowling back of a length against those kinds of batters.

While stating that he tries taking them to the back foot, he said bowling them wrong uns confuse them, adding that as a leg spinner, he mixes things up and never bowl full to them.

While growing up, the young spinner said he used to follow former India cricketer, Anil Kumble, and Pakistani legend, Shahid Afridi, a lot while growing up due to their brisk nature of spin bowling.

Speaking on his progress made on his cricket career so far, Rashid, who has four Tests, 71 ODIs, and 48 T20Is in his record for Afghanistan, revealed that he began to take bowling seriously towards the end of 2014.

Rashid and Chahal were included in their combined India-Afghanistan team.