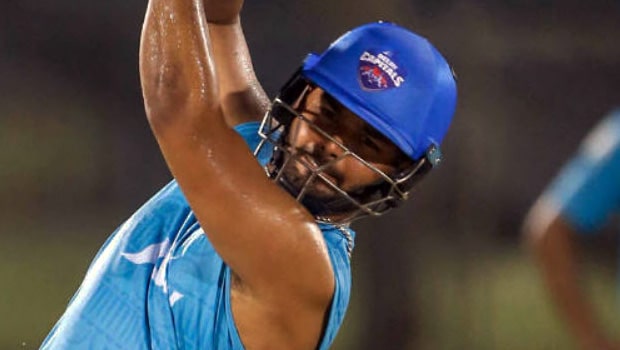 India’s veteran spinner Harbhajan Singh reckons Rishabh Pant has got a lot of ability to make a comeback into the Indian limited overs team. Pant hasn’t been in the best of forms in the recent past and thus he was left out of the white ball squads for the upcoming series against Australia.

KL Rahul has been backed as the first choice wicket-keeper batsman in the limited overs team as he has been in sublime form with the bat. Furthermore, Rahul has also done a decent job as a wicket-keeper.

On the other hand, Pant didn’t have a great IPL for Delhi Capitals as he scored 343 runs in 14 matches at an average of 31.18 but he scored his runs at a meagre strike rate of 113.95. Pant is known for his aggressive batting but he was not able to hit the ground running for DC in the recently concluded season.

Even before the IPL, Pant had failed to grab the opportunity for the Indian team, which forced the management to give chances to KL Rahul, who was able to take them with both hands.

However, Harbhajan Singh has the belief in Pant’s abilities and he feels that the left-hander will make a roaring comeback into the national team.

“Rishabh Pant has not been able to live up to the performance that was expected from him. But he is young, and we know that he has a lot of ability, and can do well in the future,” Harbhajan told Sports Tak.

“Even in the recently concluded IPL 2020, he did not have a very successful run. He did not score a lot for Delhi Capitals, but we know that he is a quality player, and if he wants to make a comeback to all the three formats of the game, then he will have to score runs and show his ability,” he added.

Meanwhile, Rishabh Pant has been included in the Test squad for the series against Australia. Pant had scored a century in the previous tour of Australia at the SCG and had finished as the second highest run-getter of the four-match series with 350 runs.

Thus, Pant is expected to be the first choice wicket-keeper in the Test series and he will look to deliver the goods for the team. The first Test match will be a pink-ball Test match and it will take place at Adelaide Oval from December 17.