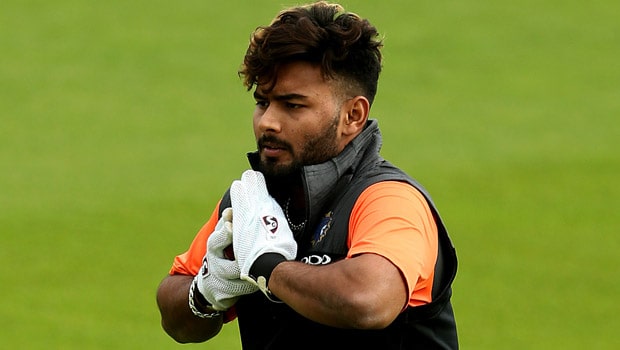 Former Indian fast bowler Ashish Nehra reckons Rishabh Pant has got more natural talent as compared to MS Dhoni if we compare both at the age of 22 years. Nehra has observed Pant from close corners since he was 14-years old and feels the Delhi batsman has all the skills to go a long way in his career.

Pant has shown all the right promise to tick all the right boxes in his career. The left-hander is an attacking batsman but he needs to learn how to play according to the match situation. Pant is still inexperienced in his career and he is expected to get better after playing more matches.

Pant is often compared with MS Dhoni but the left-hander has a long way to go in his career. The Delhi batsman was able to impress on the Test tours of England and Australia in 2018 as he scored centuries there. However, Pant hasn’t been able to grab his opportunities in the limited-overs format, which is expected to be his forte.

In fact, KL Rahul will now be preferred as the first-choice wicket-keeper batsman of the side after his impressive performances and Pant could not get a place in final XI against New Zealand in both the white-ball series.

“If you ask me, I have seen Rishabh Pant at Sonnet since he was a 14-year-old chubby kid, trust me Pant at 22 has more natural talent than what Dhoni had as a 23-year-old in 2004, when he first played for India. But whether Pant can be as strong-willed as Dhoni will tell you if he can replicate that success,” Ashish Nehra wrote for PTI.

On the other hand, Ashish Nehra heaped praise on former Indian captain MS Dhoni, who announced his International retirement on August 15. Nehra added that Dhoni gave respect to the senior players and thus got his respect in the side. Dhoni led the team from the front and took Indian cricket to new heights.

The former Indian captain was a complete package as he ticked all the right boxes as a wicket-keeper, finisher and a leader.

Meanwhile, Rishabh Pant will be seen playing for Delhi Capitals in the IPL whereas MS Dhoni will lead Chennai Super Kings. The IPL will begin from September 19 in the UAE with Dubai, Abu Dhabi and Sharjah to host all the matches.