Rishabh Pant is a great talent getting wasted – Kirti Azad 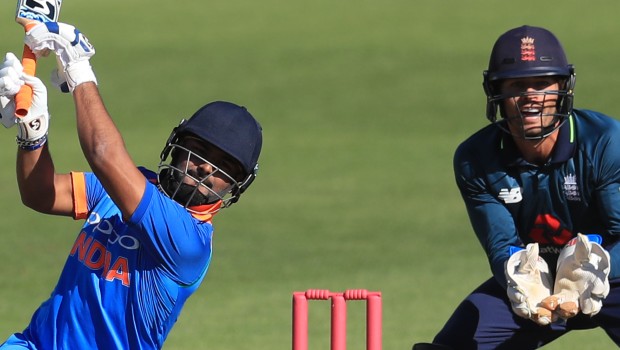 Former Indian batsman Kirti Azad reckons Rishabh Pant is a great talent but he is getting wasted in the national team. Azad feels Pant can be a great batsman and he should be utilised by the team management in the right way. The southpaw Delhi batsman is known for his aggressive play but he hasn’t quite grabbed his chances in the limited overs format.

Pant likes to take the attack on the opposition from the get-go and thus he has perished by following his natural game. The left-hander needs to play according to the situation and he is expected to get better as he will gain more experience.

However, there is doubt that Pant has got all the talent under his belt. He can hit the ground running and he can demolish the opposition bowling on his day. Pant’s batting position hasn’t been fixed and he has been sent at different batting slots.

In fact, Pant has now been replaced by KL Rahul in the limited overs format. Rahul has made most of his opportunities and thus Pant is not even getting a place in the final XI.

Azad believes Pant can turn out to be a better batsman than a wicket-keeper and he can achieve success if he keeps his head cool.

Kirti Azad said while speaking to Sportskeeda, “He is very impulsive. I think he can turn out to be a better batsman than keeper. And, if he keeps his head cool, the question is that he wants to hit every ball, you are not playing T20 cricket when you are playing a 50-overs game or a Test match.”

“You have to learn to stay at the wicket. If you stay at the wicket, the runs are going to come to you. Some good ball takes your wicket, I can understand, but if you hit a big shot and get out, which has happened most of the times as far as Rishabh Pant is concerned, I feel sorry because he is a great talent getting wasted,” he continued.

Rishabh Pant will like to grab his chances in the coming time. He has got the skills and talent to succeed at the top level and he has shown the same in the Indian Premier League. In fact, Pant also had a great start to his Test career as he scored centuries in England and Australia and thus created history as a wicket-keeper.

However, he veered off the track after those good performances. In fact, the white-ball format is expected to be Pant’s forte but he has not been able to take his chances, which has been disappointing for him and the team.