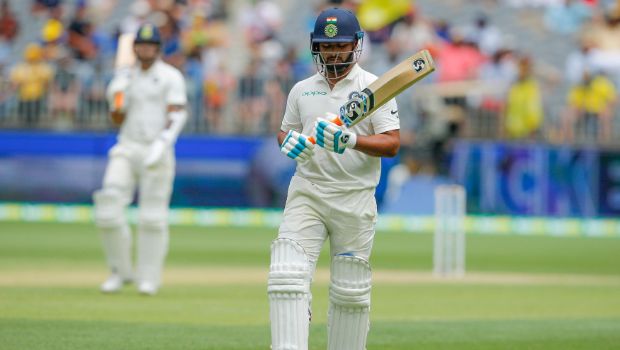 Pant has been in sublime form in the last six months and he has batted at the top of his game. The left-hander had scored 274 runs in three Test matches against Australia and had played a key role in India’s win Down Under.

Subsequently, he scored 270 runs in the four Test matches against England and continued his prolific form in the Test matches. Pant has the skills to turn the match on its head with his blistering batting and Jurgensen understands the same. The New Zealand bowling coach feels his bowlers will need to find a way to keep Pant quiet as he can take the game away.

“Well, Rishabh Pant is an extremely dangerous player who can change the game on its head. We saw how well he did it against Australia and England. He’s extremely positive-minded, but with that comes potentially the opportunity to take his wicket,” Jurgensen told the Telegraph from Southampton.

Jurgensen added that the bowlers will need to stay calm to execute their skills against Rishabh Pant.

“Our bowlers need to execute well, stay calm and make it as difficult as possible for Pant to score runs. He’s certainly a free-flowing batsman and a tough one to stop, which we should keep in mind,” Shane Jurgensen said.

On the other hand, New Zealand lanky fast bowler Kyle Jamieson played under Virat Kohli for the Royal Challengers Bangalore in IPL 2021.

“Well, Kyle has played with Virat at RCB and no doubt they would have exchanged some comments potentially leading into this final. So interesting times ahead. I’m sure it’s going to be great to watch Kyle,” he added further.

The WTC final will take place at the Ageas Bowl, Southampton on June 18. New Zealand will play two Test matches against England before the WTC final and thus they will be well prepared for the big match.