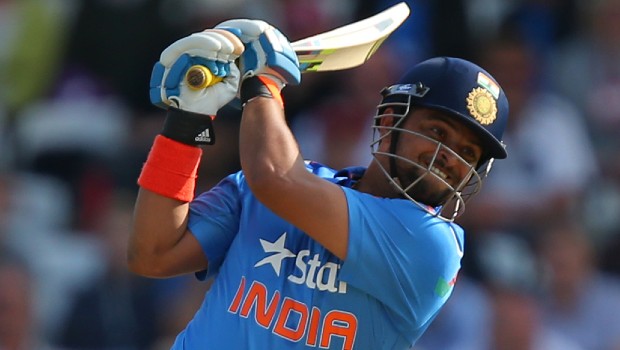 Indian batsman Suresh Raina has compared wicket-keeper batsman Rishabh Pant with the likes of former stalwarts Yuvraj Singh and Virender Sehwag. Raina feels Pant is as dominant as these former batsmen. Pant has not been in the best of forms in the recent past and thus he has been under the scrutiny.

Furthermore, as Pant is a wicket-keeper batsman, he is mostly compared with the legendary MS Dhoni, which is a tad unfair as the former skipper has already played for more than 15 years whereas Pant has just come on to the scene.

The southpaw batsman was also left out of the white ball team after he was hit on the head by Pat Cummins in an ODI against Australia. Subsequently, KL Rahul has grabbed his opportunities as a keeper-batsman for the side and Pant has been left to warm the benches.

On the other hand, Rishabh Pant was preferred over Wriddhiman Saha for the two Test matches against New Zealand but he could only muster 60 runs.

Meanwhile, Pant is known for his aggressive batting and likes to hit the ground running. The left-hander had got off to a dream start in the Test fold as he scored centuries in England and Australia, which no Indian keeper had done thus far.

However, Pant hasn’t been able to grab his opportunities in the limited-overs format, which is expected to be his forte.

“He is a top cricketer, when he plays well, you become happy and he reminds of Yuvraj and Sehwag, he is as dominant as them, when he plays the flick, it reminds you of Dravid as well,” Suresh Raina told Yuzvendra Chahal during the Instagram Live session.

Consequently, there is no doubt that Rishabh Pant will need to turn the tide with consistent performances. He has been given ample opportunities and he would need to grab them with both hands.

Rishabh Pant has played 13 Tests, 16 ODIs and 38 T20Is for the national side in which he has scored 814, 374 and 410 runs respectively. Furthermore, Pant can also improve his wicket-keeping skills as he sometimes fumbles the ball.

The Delhi based youngster has only just begun his career and he has shown the promise to do well for the side. Thus, Pant is expected to get better as he will play more matches and gain experience with time.