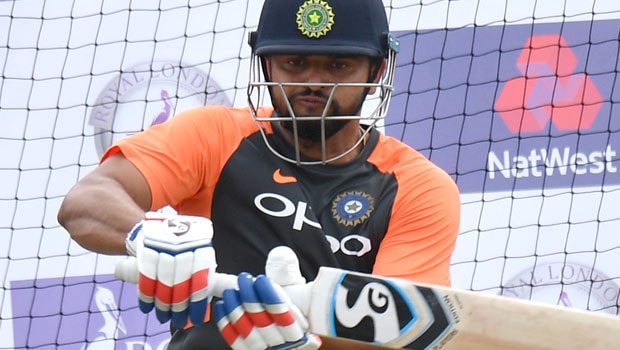 Indian batsman Suresh Raina has put his weight behind wicket-keeper batsman, Rishabh Pant. Raina believes Pant has all the talent under his belt and he needs proper backing from the team management. The Delhi based player has been under the scrutiny for his performances as he hasn’t been able to come up with the best in the recent past.

Pant could only score 60 runs in the two Test matches on the tour of New Zealand when he was preferred over Wriddhiman Saha. Earlier, KL Rahul had grabbed his opportunity in the white ball format when Pant was hit on the head by a Pat Cummins’ bumper. Subsequently, Rahul hasn’t looked back and thus Pant hasn’t received many opportunities in the limited oversl version.

Meanwhile, Suresh Raina believes a senior Indian player should guide Rishabh Pant on the right track. Raina recalled when he came into the Indian team, Yuvraj Singh had taken the onus of showing him the right path ahead. Similarly, Raina expects the likes Rohit Sharma, Shikhar Dhawan and Virat Kohli to perform the same role.

“Rishabh Pant is very talented. Someone has to step up and guide him. When I used to play, Yuvi (Yuvraj Singh) paa used to tell me you make mistakes and we will guide you. So Rishabh should be backed,” Raina said during Instagram live interaction with Chennai Super Kings.
On the other hand, Rishabh Pant has impressed with his attacking batting skills in the Test fold. Pant had scored a century in England in 2018 and repeated the same feat in Australia in the Sydney Test in 2019. These two countries are the most difficult to score in and Pant had done what no Indian keeper had achieved in the past. Thus, he has got everything under his bag to be a big player for India.

However, since he is now out of form, there are talks that those two centuries were fluke but Raina has dismissed those claims.

“He has hundreds abroad and he is not a fluke player. Somewhere I think he is not getting confidence..he is missing something,” he further added.
Rishabh Pant has played 13 Tests, 16 ODIs and 38 T20Is for the national side in which he has scored 814, 374 and 410 runs respectively. Thus, Pant will like to improve his numbers especially in the white ball formats, which are expected to be his forte.