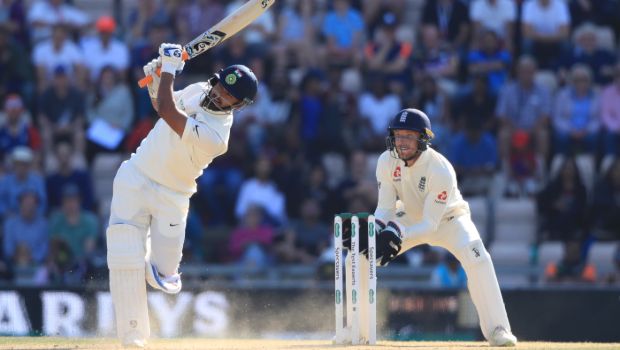 India’s vice-captain Ajinkya Rahane, who led the team to a historic win in Australia, has shed light on getting the best out of swashbuckling wicket-keeper batsman Rishabh Pant.

Rahane stated that Pant knows his game really well and you don’t want to tinker with that. Pant was able to deliver for the Indian team on the recently concluded series against Australia.

The combative left-hander scored a fine knock of 97 runs in the second innings of the Sydney Test match and even gave a ray of hope of chasing down the target. Subsequently, Pant scored a majestic unbeaten knock of 89 runs in the second dig of the Gabba Test match to take his team over the line and help them achieve a memorable win.

Pant is still young in his International career and it is crucial for senior players to give him the space he needs. The southpaw has been under scrutiny for his performances in the last 18 months and it has put some unwanted pressure on his shoulders.

Pant’s natural game is to attack the bowlers and he has been backed by the team management. However, the left-hander must also find the right balance between defense and attack and he was able to do that on the Australian tour.

The left-hander finished as the leading run-getter for the tourists in the Border-Gavaskar trophy as he scored 274 runs in three Test matches at an average of 68.50.

Rahane feels it is crucial to give the license to Pant to play his normal game in order to get the best out of him.

“For a player like Rishabh, you don’t want him to think too much, or tell him too much… He knows his game really well, he plays in a certain fashion, and you don’t want to disturb that. Because of his innings, we were in a situation to win the Test match in Sydney… So for a player like him, you just want to leave him alone, back him, and just ask him to play his normal game,” said Rahane while talking to Indian Express.

Pant must have grown a lot in confidence after his performance against Australia. The left-hander is continuously compared with MS Dhoni, which a tad unfair. There is no doubt that Pant will get better with experience and he will need to improve his wicket-keeping skills.

Pant will be seen in action in the first Test match against England, which will take place at MA Chidambaram Stadium, Chennai from February 5.