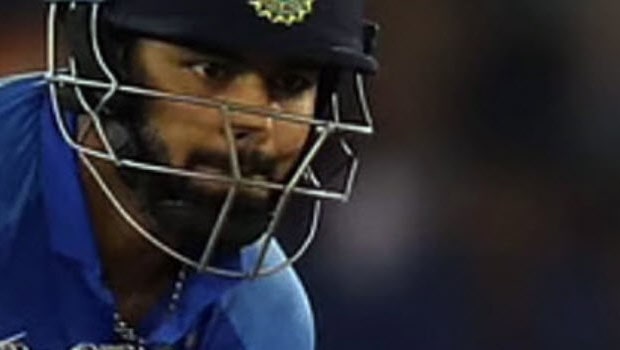 Indian Wicket-Keeper batsman Rishabh Pant, who was one of the prime architects of India’s memorable series win Down Under, has been nominated for ICC’s Player of the Month award.

Along with Pant, England’s Joe Root and Ireland’s Paul Stirling have been nominated for the same award as well.

As stated by ICC, the Player of the Month Award will “recognise and celebrate the best performances from both male and female cricketers across all forms of international cricket throughout the year”.

Pant played two Tests in the four-match series against Australia in January. His 97 at the SCG helped India to earn an important draw and his 89* in the fourth innings at Brisbane guided India to a memorable win.

Root played two Tests against Sri Lanka last month in which he scored 228 and 186. His performances helped England to a 2-0 win over Sri Lanka.

As far as Stirling is considered, he played five ODIs in January — two against UAE and three against Afghanistan — and smashed three centuries in them.

Nominees were announced for Women’s Cricket as well. Pakistan’s Diana Baig and South African duo of Shabnim Ismail and Marizanne Kapp will fight it out for the top honours.

Baig played a total of three ODIs and two T20Is against South Africa Women and she was the leading wicket-taker in the ODI series with nine wickets to her name.

ICC also described the voting process and also mentioned the members who will be involved in choosing the winners.

“The Voting Academy will submit their votes by email and will retain a 90% share of the vote.

“Additionally, fans registered with the ICC will be able to vote via the ICC website once the shortlisted players are announced and will have a 10 per cent share of the vote.

“Winners will be announced every second Monday of the month on the ICC’s digital channels.”