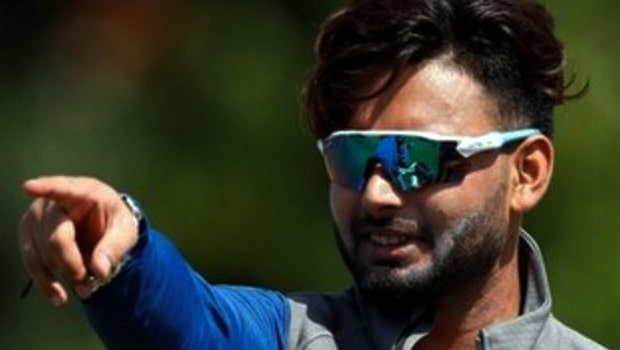 Former Indian chief selector MSK Prasad feels Rishabh Pant started comparing himself with MS Dhoni, which led to the player’s downfall. Pant had a great start to his Test career as he scored a Test century in England and Australia. However, the Delhi batsman was not able to carry the same form in the white-ball format, which is expected to be his forte.

In fact, Prasad has observed it hasn’t helped Pant that he started copying Dhoni in every aspect. Every player has their own style and one must try to be himself while playing at the top level.

There is always pressure when you are compared with MS Dhoni, as the former Indian captain has achieved all in his illustrious career. In fact, the Indian crowd has often booed Rishabh Pant whenever he has fumbled the ball behind the wickets, which is a tad unfair.

MSK Prasad said while talking to Sportskeeda, “Every time when Rishabh steps in, he is always compared with MS Dhoni, and probably, he is also getting caught in that euphoria. Many times, we spoke to him that he has to get over it,” Prasad said.

“‘Mahi is an absolutely different personality, and you are different, you are also phenomenal, you also have talent, that’s why we are backing you,” the team management used to tell Pant.

“He always was in this shadow of MSD. He started comparing himself with him. He started sort of copying him, even in mannerisms and all, if you see the way he does all that sort of stuff,” he continued.

It is never easy to fill in the big shoes of MS Dhoni and India might never get a player like him again. Thus, it would be better for Rishabh Pant if he backs himself and tries to do what he can do best. There is no doubt that the combative batsman will get better with experience and he would need to play according to the match situation.

It is noticed that Pant plays too many aggressive shots in the early stages of his innings, which leads to his downfall. The left-hander has scored 374 runs in 16 ODI matches whereas he has amassed 410 runs in 27 T20I matches. Thus, he has failed to grab his chances in the national team.

In fact, currently KL Rahul has been able to seal his place as wicket-keeper in the white ball format and thus Pant might need to wait for his chances.

Pant will play for Delhi Capitals in the upcoming season of the IPL. DC will play their opening match against Kings XI Punjab on 20th September at Dubai International Cricket Stadium.