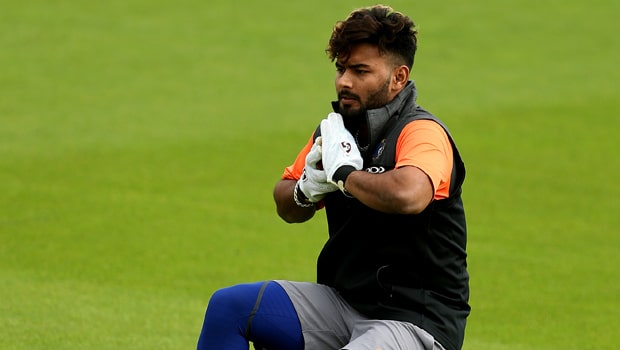 Rishabh Pant may just be 22 years old, but the wicket-keeper batsman has already seen his fair share of ups and downs in his nascent career so far. The explosive left-hander hasn’t enjoyed the best of times of late and is currently at a crossroads as far as his spot in the Indian senior team goes.

This, of course, is a stark contrast to the sentiment that surrounded him in the lead up to the World Cup in England last year. Having been left out of the initial squad to travel to England, there was bemusement towards his exclusion from fans as well as the media. Hence, when he eventually did make it to England to replace an injured Shikhar Dhawan, the move was welcomed from most quarters.

However, things didn’t go according to plan for Pant in England and instead was the beginning of a nosedive in his career. He played four matches in the 2019 World Cup and finished the tournament having made 116 runs from four matches at an average of 29. His failure to have the desired affect on India’s fortunes led to questions about his game-awareness and shot-selection.

Back then skipper Virat Kohli stood by Pant and put down the youngster’s questionable shot-selection down to inexperience. That stance of Kohli, though, has changed since and with good reason. Pant has scored just 177 runs with a solitary fifty in his 11 T20I innings since the 2019 World Cup, which is hardly a good sign for any player in the T20I World Cup year.

Despite backing Pant’s instinctive style of play initially, patience began to grow thin in the dressing room with coach Ravi Shastri also warning him of a ‘rap in the knuckles’ if he continued to let the team down due to bad shot-selection and reading game-situations poorly.

Having said that, perhaps his spot in the team wasn’t ever in as much jeopardy as it has been since KL Rahul donned the gloves against Australia following an injury to Pant. After impressing both in front and behind the wickets, it prompted Virat to being open to the idea of using Rahul as a wicketkeeper to provide better balance to the Indian batting lineup.

The fact that Rahul has taken to his new role seamlessly isn’t helping Pant’s cause either. Rahul’s responsibilities behind the stump don’t seem to be weighing down on his overall performance even in the slightest. The 27-year-old from Karnataka has been in stunning form of late, leading to skipper Virat and the rest of the coaching staff putting their faith in Rahul to solve India’s search for a reliable wicket-keeper in the limited overs game.

And if Rahul’s last two outings – the first and second T20Is against New Zealand – are anything to go by then the future seems bleak for Pant as far his participation in the playing XI is concerned. Rahul showed that he’s comfortable and at home behind the wickets in both matches and continued his impeccable form with the bat. He smashed a belligerent 27-ball 56 before scoring a patient and well-crafted half-century in the second as India took a 2-0 lead over the Kiwis.

With that in mind, it must be said that Pant is still very young and can play his way back into the playing XI. He’s with the squad in New Zealand and needs to be prepared to make the most of any opportunities that come his way. Sometimes moving forward could require an individual to take a few steps back first. And in Pant’s case perhaps being away from the international arena and rediscovering his magic in the domestic circuit could be his best way forward since time’s still very much on his side.