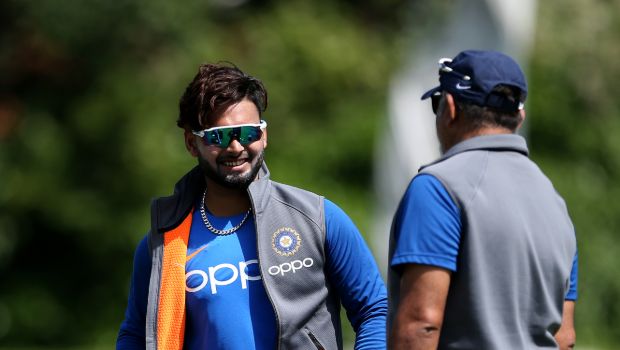 India’s batting coach Vikram Rathour believes Rishabh Pant’s role will be extremely important going ahead. Pant had a fantastic Test series against Australia and he was able to deliver the goods in the third and fourth Test match.

The left-hander scored a blistering knock of 97 runs in the second innings of the Sydney and helped the team in saving the Test match.

Subsequently, Pant took his team over the line in the fourth Test match at the Gabba, Brisbane as he scored an unbeaten knock of 89 runs. The left-hander took his time in the initial phase of his innings and then took the attack to the Australian bowlers. Pant showed no signs of nerves during his knock and played at the top of his game.

Meanwhile, Pant has been under scrutiny for his performance in the last 18 months but he was able to stand up to the challenge. The southpaw batsman had also lost his place in the white ball team to KL Rahul.

“Rishabh Pant role will be extremely important going ahead. We have always believed that he is one of the exceptional players,” Rathour said in an interview with Hindustan Times.

“He had a tough time last year or so. But he has been working hard, training hard. We all believed (that) on his day, he is a match-winner. In the last two games, he proved that. Being a left-hander is definitely an advantage (for the team).

On the other hand, it is believed by some cricket boffins that Pant can play purely as a batsman in the Test team whereas Wriddhiman Saha can take the gloves, especially in the Indian conditions. Pant still is a work-in-progress wicket-keeper and needs to work on his keeping. However, Rathour revealed that the decision on the same will be taken according to the requirement.

“As far as his entering the XI (purely) as a batsman, the decision will be taken on that particular day when the question arises,” Rathour said.

Pant had finished as the leading run-getter for the Indian team in the series against Australia as he had scored 274 runs in three Test matches at an impressive average of 68.50. Thus, Pant will be part of the final XI for the first Test match against England, which will get underway at the MA Chidambaram Stadium from the 5th of February.