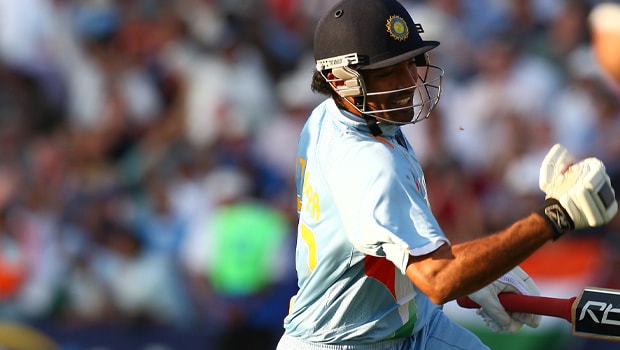 India’s batsman Robin Uthappa has revealed MS Dhoni’s stratagem which helped India in winning the bowl-out against arch-rivals Pakistan in the 2007 World T20. It was the maiden edition of the World T20 and all the Indian senior players took a back step from going to South Africa.

Thus, Dhoni had got the opportunity to lead a young brigade of players. In the 10th match of the 2007 World T20 in Group D, between nemesis, India and Pakistan, the first bowl-out of the T20Is took place.

However, MS Dhoni played a masterstroke in his position. Dhoni didn’t take a conventional wicket-keeper position which is to sit beside the stumps, near the fourth stump channel. In fact, Dhoni decided to sit on his knees right behind the stumps, thereby giving a harbinger to his bowlers where they need to bowl.

Ergo, all the three Indian bowlers were able to hit the stumps. On the other hand, Kamran Akmal took his position as a normal wicket-keeper would do in a real match. Result – No Pakistan bowler could hit the stumps.

Robin Uthappa who was able to hit the stumps in India’s third attempt, recalled the incident. Uthappa had also taken the applause from the crowd in all the four directions after hitting the target.

Robin Uthappa told Ish Sodhi during Rajasthan Royals’ podcast, “One of the things that MS [Dhoni] did really well, and that he did differently from what Pakistan ‘keeper did was, where he stood behind the stumps. Pakistan ‘keeper (Kamran Akmal) was standing where WK usually stands. A few feet back and besides the stump — just alongside the stump. But MS was (sitting) right behind the stumps and that made it so much easier for us. We just had to bowl at MS and it gave us the best chance to hit the wickets. That’s all we did.”

Meanwhile, it was the solitary T20I match which was decided by the bowl out. The law was then replaced by the Super Over.

India had scored 141 runs after Pakistan had elected to field first. The Shoaib Malik-led side then followed suit and the match was tied. Mohammad Asif had received Man of the match for his brilliant spell of 4-18.