Home » Cricket » Throwback: When the world understood the true potential of a young Rohit Sharma 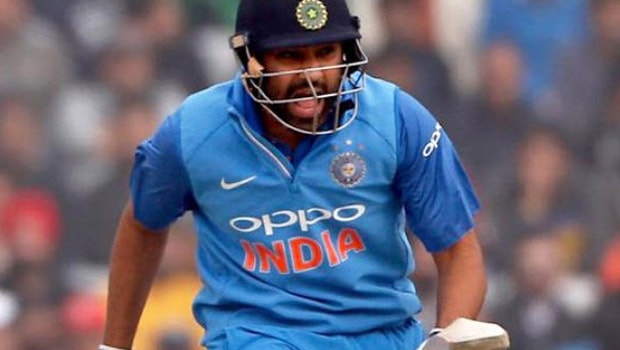 Rohit Sharma made his international debut for India as early as in 2007 but he didn’t quite flourish as the beast that he is today until 2013. He played some significant knocks from time to time during that period, but the consistency was lacking somewhere. However, if we have to point out one particular innings during that six-year period which showed what Rohit could be in the future, it has to be his unbeaten knock of 79 during the 2010 World T20 between India and Australia at Bridgetown.

It was his 13th T20I innings for India and he had already scored two fifties before this knock. But there was something special in this innings, not just because of the way he played, or the shots he played, in fact, it’s because of the situation in which he played that knock.

Australia had put on a challenging total of 184/5 on the board while batting first. That was always going to be a tough ask for India against a strong team like Australia. However, the Indian batting unit collapsed like a house of cards during that chase. The only one who stood and fought out there was none other than a 22-year-old Rohit Sharma.

India lost their first two wickets inside the third over of their innings for just 12 runs. That’s when Rohit walked out to bat. Yes, he used to bat in the middle-order in those days. What India needed at that point was a steady partnership. But wickets kept tumbling instead. From 12 for 2, India went on to lose five wickets for 37 runs and then their eighth wicket on a total of 97. Rohit, on the other hand, was a mere spectator at the other end.

Runs came whenever he was on strike. The Australian bowlers looked completely clueless against him. It looked like he was batting on a different deck and without any pressure at all. The only steady partnership he got was the ninth wicket one with Zaheer Khan which added 36 runs. Rohit scored 27 of those runs. But once Zaheer departed with India’s score on 133, the last wicket didn’t take long to fall as well. India were bowled out for 135 and Rohit remained stranded at one end on an individual score of 79* off just 46 deliveries.

This knock showed why he wasn’t just a talented player. He was someone who could convert that talent into results. 10 years down the line, Rohit Sharma is one of the best players in limited-overs cricket. Some of the records which he has created in the last few years of his career were unimaginable once. But this knock of 79* had already given us a glimpse of his future.