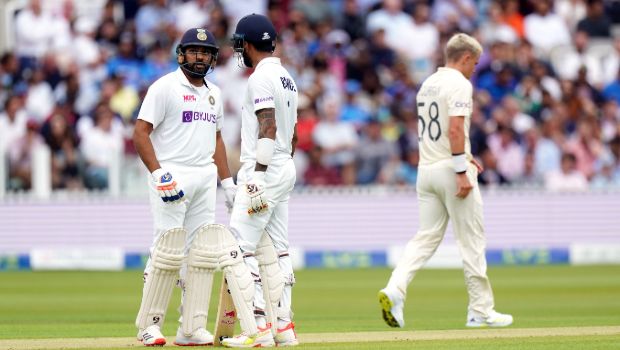 Wicket-keeper batsman Dinesh Karthik has put his weight behind Rohit Sharma to deliver the goods in the upcoming T20 World Cup, which will be hosted in UAE and Oman.

Karthik feels Rohit Sharma and World Cups are synonyms as the Indian opener has been a consistent performer in the big events.

Rohit was at his absolute best in the 2019 ICC World Cup as he had finished as the highest run-getter with 648 runs in nine matches at an average of 81. The Indian talisman batsman had scored a total of five centuries and had created a new record.

Meanwhile, the Indian opener is in good form in the ongoing five-match Test series against England as he had scored 83 runs in the first innings of the Lord’s Test. Rohit will look to continue his red-ball form into white-ball cricket.

On the other hand, Karthik, who has impressed in his maiden commentary stint, feels David Warner is going to hold the key for Australia.

“Both of them open the innings. Both of them are solid players. I would put money on either one of them. Both are very hungry,” Karthik said to ICC. “Rohit Sharma and World Cups, they’re synonymous. They just love each other. They find ways to help each other out. If India are to do well he is somebody who needs to fire for them up top.

“David Warner hasn’t played cricket for Australia for some time now. A hungry David Warner is a scary David Warner. He will come all guns blazing. I’m expecting some big things from him,” he added.

Meanwhile, Karthik feels Varun Chakravarthy could be the X-factor for the Indian team and he can play a crucial role in the team’s success in the T20I showpiece. Chakravarthy had scalped two wickets in three matches against Sri Lanka. The mystery spinner has a plethora of variations under his belt and he can trouble the opposition batsmen.

“My choice is a guy called Varun Chakravarthy. I feel he’s got something really special in him. If India goes all the way, I can promise you this boy that I’m speaking about will have played a major role in them moving forward in this tournament. Remember the name ‘Varun Chakravarthy’,” Karthik added.