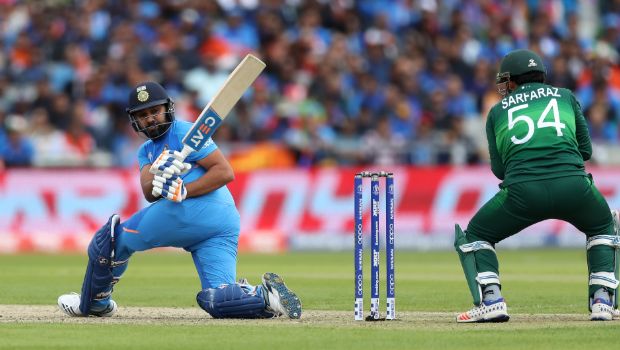 Former Indian legend Sunil Gavaskar has stated that Rohit Sharma being fit is great news for Indian cricket. The talisman returned to action in the last league stage match of the season against Sunrisers Hyderabad.

Rohit had missed a few matches for Mumbai Indians due to hamstring injury and he revealed that he is absolutely fine now.

In fact, Rohit is not even named in any of the squads for the upcoming tour of Australia and KL Rahul was named as the vice-captain for the limited-overs side. Rohit was seen practicing in the nets for MI and it raised ambiguity. Subsequently, Sunil Gavaskar had asked for transparency from the Indian board on the matter.

However, as Rohit is now fit as a fiddle, it is expected that he would be selected for the Australian tour.

“Whatever has transpired earlier with regards to his (Rohit) injury, keeping that aside, I would say it’s great news for Indian cricket that Rohit Sharma is fit,” Gavaskar told YouTube channel Sports Tak.

Rohit has proven his fitness as he looked comfortable in the last match and he would aim to hit the ground running in the all-important qualifier against Delhi Capitals.

“Look, the concern shown by everyone collectively that there could be a rupture (if he hurries his return) is a valid one. But he looked confident. He fielded at the boundary ropes and also in the 30-yard circle,” Gavaskar said.

Meanwhile, Ravi Shastri had recently revealed that the selectors took a look at Rohit’s reports and they decided to leave him out of the tour Down Under as they thought he is prone to injury. Gavaskar feels the BCCI will look to monitor Rohit’s fitness.

On the other hand, Rohit didn’t have an ideal return to the game as he could only score four runs and his team was obliterated by SRH by 10 wickets.

Rohit has thus far scored 264 runs in 10 matches at an average of 26.4 and strike rate of 126.92 and he would look to be at his best in the coming matches. MI will face DC in the first qualifier at Dubai International Cricket Stadium on 5th November.