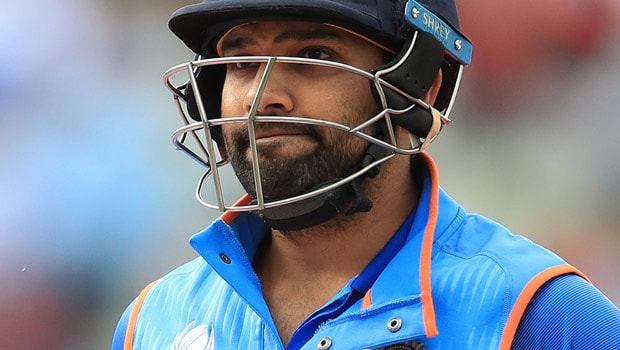 Indian cricket star, Rohit Sharma who functions as Swashbuckling opening batsman said on Thursday that there was the likelihood that the 13th edition of the Indian Premier League resumes once the coronavirus pandemic is controlled. The coronavirus outbreak in India has led to a shutdown of its cricket leagues.

Sharma’s suggestions about the league cropped up in a live chat he had with England batsman, Kevin Pietersen on Instagram. Sharma was quizzed by Pietersen on what his thoughts were about the league resuming this year as it should be. The Indian star replied saying there was no surety that it would happen. However, he recognizes the fact that the tournament could return if things die down.

“At some stage, when things settle down, it might happen, who knows.” In early March, the Board of Control for Cricket in India (BCCI) reached a decision to postpone the remaining part of the league to April 15, 2020, as a precautionary measure to militate against the further spread of the dreaded virus.

In an official statement released by the BCCI, the body said it was concerned and sensitive about the health of its stakeholders, as well as, the public in general. The statement suggested that the body was taking all the necessary steps to ensure that fans and all people directly involved with IPL affairs enjoy the game in a safe environment.

The official statement by the body read: “The BCCI is concerned and sensitive about all its stakeholders, and public health in general, and it is taking all necessary steps to ensure that, all people related to IPL including fans have a safe experience.”

The cricket governing board in the country also assured all who cared to know that it was working hand-in-hand with the Sports Ministry and will inadvertently heed to all the guidelines written out.

The 13th edition of the IPL was initially scheduled to begin on March 29 with the duo of Chennai Super Kings and Mumbai Indians opening the floor at the Wankhede Stadium in Mumbai.

The total number of COVID-19 cases in the country is now put at 649 with 539 being active cases and some 42 others discharged according to the Ministry of Health and Family Welfare.