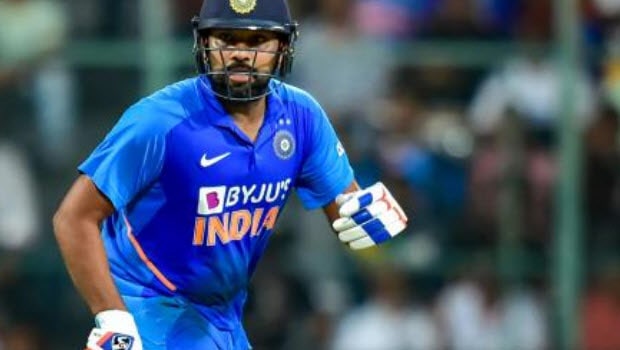 In the late 90’s and the early 21st century, there was hardly an Indian batsman who could match Sachin Tendulkar’s aura. Yes, there were great players like Virender Sehwag, Sourav Ganguly and Rahul Dravid too but Sachin was a different emotion altogether for the Indian fans. The same goes for the current Indian skipper Virat Kohli now as well.

However, if there is anyone who comes close to, or is almost equal, in terms of matching Kohli’s aura in international cricket, that has to be Rohit Sharma. The same might not be in true in Test cricket but Rohit is almost on par with Kohli in limited-overs cricket considering what he has done as a batsman in the last few years. As he turns 33 today, let’s take a look at five of his records which firmly establish him as a limited-overs behemoth.

Rohit holds the record for the highest individual score in ODI cricket. He played a destructive innings of 264 runs against Sri Lanka at Eden Gardens in 2014. His knock came off 173 deliveries and included 33 fours along with 9 huge sixes. India went on to win that match by a huge margin of 153 runs.

Only batsman with more than one double ton in ODIs

No other batsman has more double tons in ODIs than Rohit. The Indian batting stalwart has scored three of them in his career so far. While two came against Sri Lanka, the other one came against Australia and it was his maiden double ton in the format too. Sachin Tendulkar and Virender Sehwag are the other two double centurions in ODIs with one each to their name.

Most Centuries in T20I history

Rohit has the most number of centuries in T20 internationals too. He has four hundreds to his name in the format which includes a career best score of 118. Australia’s Glenn Maxwell and New Zealand’s Colin Munro are the next best with 3 centuries to his name.

Most Sixes in T20Is

When it comes to hitting sixes, only a few batsmen are as food as Rohit. Numbers back that up too as he has the most number of sixes (127) in T20I history as well.