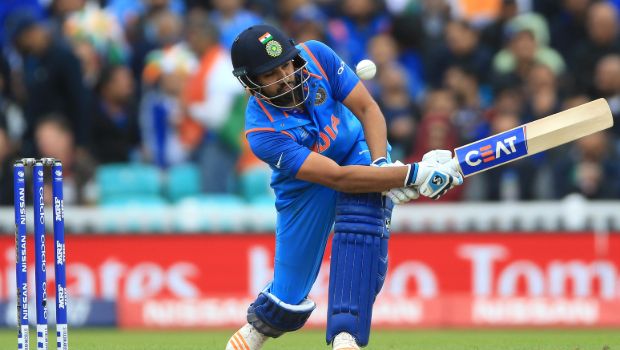 Rohit is Virat Kohli’s deputy in the limited-overs format whereas Ajinkya Rahane is the team’s vice-captain in the Test matches.

However, Rahane hasn’t been in the best of forms in the Test format as he is averaging in the mid-20s in the last two years, which has raised doubts about his selection.

However, Rahane had led India to a historic series win in Australia in the absence of Virat Kohli as he had led from the front. The right-hander had also scored a majestic knock of 112 runs in the MCG Test.

On the other hand, Rohit Sharma has been in sublime form and delivered as a Test opener in tough English conditions. The right-hander scored 368 runs in four Test matches at an average of 52.57 as he batted with a lot of patience. Furthermore, Rohit has an impressive limited-overs record as the Indian captain and has led Mumbai Indians to record-breaking five titles in the IPL.

Thus, Rohit is well known for his captaincy acumen and gets the best out of the young players. Moreover, he also holds his ground in tough match situations as he has got a cool head on his shoulders.

However, Chappell feels if India decides to drop Ajinkya Rahane, they will miss his tactical inputs and his slip catches to the spinners.

“The only downside would be the loss of Ajinkya Rahane’s tactical input and his slip fielding to the spinners. Nevertheless, Rohit Sharma is now an acclaimed captain and he’s capable of handling the vice-captaincy role,” Ian Chappell wrote in his ESPNCricinfo column.

Furthermore, Rahane’s overall Test average has dropped down below 40 for the first time since 2015.