Rohit Sharma could have made a difference in New Zealand Test series, reckons Mitchell McClenaghan 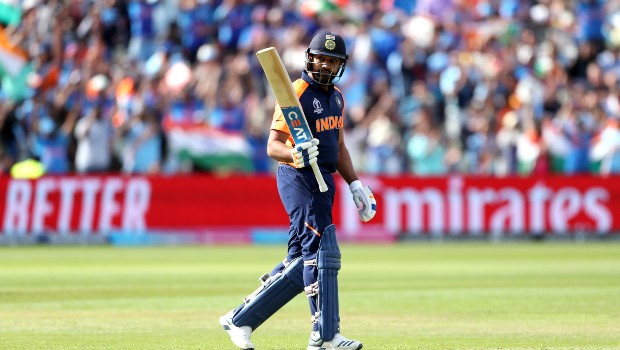 India’s opener Rohit Sharma had missed the ODI and Test series against New Zealand as he had suffered a calf injury in the final T20I. New Zealand fast bowler Mitchell McClenaghan, who plays under the leadership of Rohit Sharma in Mumbai Indians, believes the right-hander’s presence could have made a difference in the two match Test series, which India lost 0-2.

When Kiwis fast bowler was asked the question by a Twitter user whether Rohit’s presence in the Test series would have made any difference, McClenaghan answered, “Of course”.

Prithvi Shaw and Mayank Agarwal had opened the innings in the absence of Rohit Sharma. Both the openers had got off to good starts but they could not convert it into substantial scores.

On the other hand, Rohit Sharma has been in sublime form. The opener had grabbed his chance with both hands in the Test series against South Africa, which was played in the home conditions. The linchpin had scored 529 runs in four innings at a staggering average of 132.25.

The right-hander had scored three centuries in the series, which also included a double hundred. Thus, Rohit had put paid to India’s opening woes in Test cricket and it would have been interesting to note how he would have performed in arduous conditions of New Zealand.

Rohit Sharma is one of the most consistent batsmen in the world, especially in the white ball version of the game. The right-hander has been instrumental in the success of the team over the years.

The Indian opening batsman has scored 9115 runs in 224 ODI matches at an average of 49.27 and has scored 29 centuries. Rohit is the solitary International batsman to score three double centuries in 50-overs version. He has also amassed 2773 runs in T20I format and he is one of the leading run-scorers along with Virat Kohli.

On the other hand, Rohit Sharma will lead Mumbai Indians in the upcoming season of the Indian Premier League, if the tournament happens. Mumbai Indians is the most successful franchise with four IPL titles to their name.