Rohit Sharma finishes 2019 as the best among the ODI beasts 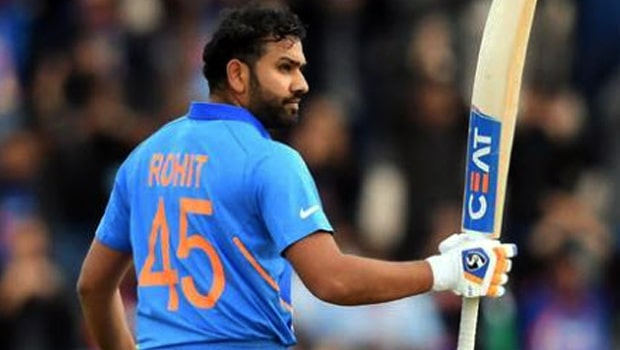 This has been a fascinating year for the Indian batting stalwart Rohit Sharma. When we look at his exploits in 2019, there remains no doubt that we have seen his best version as a batsman this year. He made his way to India’s Test side once again and has also played some defining knocks in T20Is. However, it is his ODI form that has been absolutely magnificent this time.

He finished with 1490 ODI runs to his name in 2019 at an outstanding average of 57.30 and an excellent strike-rate of 89.92 as well. That included seven hundreds and six fifties. In fact, his tally of 13 scores of fifty-plus and 146 boundaries are the most by any batsman this year. Moreover, he has hit the third-most number of sixes (36) in ODIs this year as well. Only Chris Gayle (56) and Eoin Morgan (41) have hit more sixes than him.


Rohit played an excellent hand of 63 scored at a run-a-ball in the series deciding third ODI of the against West Indies at Cuttack. His knock gave India the impetus to chase down a daunting target of 316 runs set by the West Indies in such a tense match. Earlier, he had played yet another fabulous knock of 159 in the second ODI at Visakhapatnam. His innings completely took the wind out of the West Indies bowlers. At one point, it looked like he was on his way to yet another double ton. It didn’t happen but that knock was one of his best this year nevertheless.

Virat Kohli and Shai Hope gave Rohit tough competition throughout the year but they finished as the second and third highest ODI run-getters respectively this year. While Kohli finished with 1377 runs at an average of 59.86, Hope ended the year with 1345 runs to his name at an even better average of 61.13. The fight went right down to the wire but it was Rohit who finished with most runs in the format ultimately.