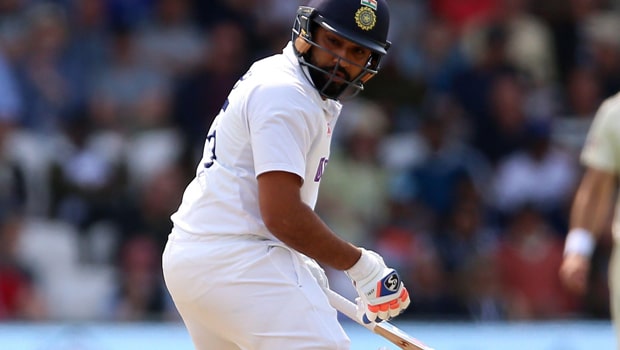 Former Indian batsman VVS Laxman has lauded the performances of Rohit Sharma as a Test opener. Rohit amassed 368 runs in four Test matches at an average of 52.57 against England before the fifth Test was cancelled. The talisman showed all the patience in the series as he batted at the top of his game throughout the series.

There were always doubts raised on the opening credentials of Rohit Sharma. The right-hander was able to prove his mettle in the Indian conditions and then showed that he can also do well in tough foreign conditions.

Rohit showed all the resistance in the first four Test matches and batted at the top of his game. The talisman showed trust in his batting abilities and curbed his natural attacking game to reap fruits in challenging conditions.

Furthermore, Rohit scored a magnum opus knock of 127 runs in the second innings of the Oval Test and helped India post a total of 466 runs on the board to put his team in front. Rohit also scored two fifties in the series and got off to a decent start in almost all the eight innings.

Laxman wrote for Times of India, “His evolution as a Test opener is a terrific lesson for those aspiring for a successful career in any chosen field. One of the all-time greats in white-ball formats, Rohit has committed to establishing himself as a Test batsman. He has been fantastic this year, and the second innings hundred, his first away from home, will remain his most cherished.”

“Since embracing the opening role two years back, Rohit has put his attacking instincts on the backburner overseas, batting out of character without looking out of sync.”

On the other hand, VVS Laxman heaped praise on the Indian bowlers. Jasprit Bumrah bowled a fiery spell in the second innings of the Oval Test whereas the rest of the fast bowlers were also right on the money.

India was leading the series 2-1 but the fifth Test match has been cancelled due to the Covid-19 scare in the visitors’ camp.