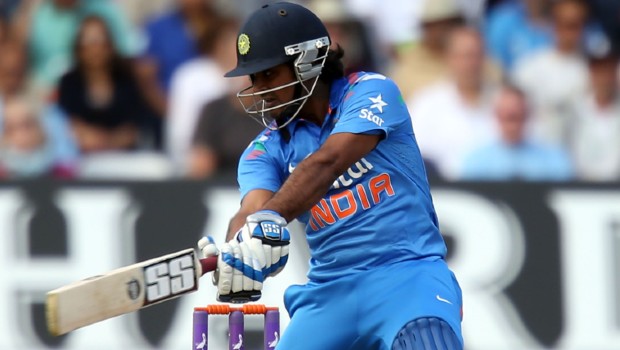 Indian batsman Ambati Rayudu believes Rohit Sharma has learnt a lot while playing under the captaincy of MS Dhoni. Dhoni was always known to lead with a calm head on his shoulders and backed his players to the hilt. In fact, it was MS Dhoni who played a key role in turning Rohit’s ODI career upside down.

Dhoni decided to promote Rohit as an opener in the 2013 Champions Trophy and the right-hander was able to grab his opportunity. Rohit hasn’t looked back since then and he was able to turn the tide in his career.

In fact, some of Rohit’s captaincy traits match with MS Dhoni. Rohit is also calm and composed when he is under pressure just like Dhoni and thus he has taken a cue from Dhoni’s book.

Rohit has led the Indian team in 29 matches in which the team has won on 23 occasions. The Indian vice-captain has filled in the shoes of Virat Kohli whenever the latter is away with a break. Rohit also led India to triumphs in Nidahas trophy and Asia Cup. The stylish batsman has shown the right skills as a captain and has done well as a leader.

“Dhoni has been captain for all of us including Rohit Sharma and Virat Kohli and so whatever Rohit is becoming is because of MS Dhoni,” Rayudu told sports writer and presenter Rupha Ramani on CSK’s Instagram Live chat session. “He has learnt a lot from him, there won’t be much difference but I think he is going in the right direction. Long way to go for him and to achieve the success of Dhoni but I am sure he will get there.”

Subsequently, Rohit is now a senior player of the side and one expects him to get the best out of the young players, just like MS Dhoni did during his heydays. Dhoni knew how to stay ahead of the opposition and there was a lot to learn for young players while playing under his tutelage.