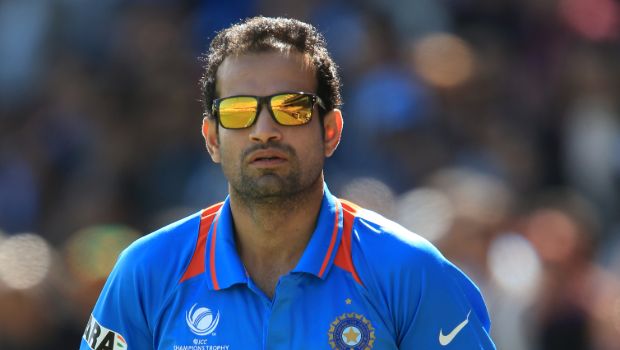 Former Indian all-rounder Irfan Pathan reckons Rohit Sharma should lead the team in the absence of Virat Kohli in the upcoming Test series against Australia.

Kohli will miss the last three Test matches against Australia as he has been granted paternity leave by the BCCI and in his absence vice-captain Ajinkya Rahane will lead the team.

However, Pathan wants Rohit to lead the team in the Test matches. Rohit has never captained India in the red-ball format but his record in the limited overs format is phenomenal. Rohit has led Mumbai Indians to four IPL titles and he has also led the national teams to wins in Nidahas Trophy and Asia Cup.

On the other hand, Ajinkya Rahane has led the team in two Test matches against Australia and Afghanistan and the team was able to win both of them.

Meanwhile, earlier Rohit was not named in any of the squads for the tour of Australia due to hamstring injury. However, he has been added to the Test squad whereas he is given rest for the limited over series. Furthermore, Rohit is expected to open the innings with Mayank Agarwal and he will play a crucial role at the top of the order.

Virat Kohli’s absence will also be a huge blow for the Indian team as he brings a lot of passion into the team. Kohli is the team’s best batsman too and he will be dearly missed after the first Test match at Adelaide.

Pathan added we should respect Kohli’s decision to be with his wife and there is life beyond the sport.

Irfan Pathan said while talking to PTI, “Nothing against Rahane but Rohit has to captain. He is a proven leader and has the required experience. His role as an opener will be equally crucial. He is the guy you want to play in Australia. I remember the ODI series in 2008 and he was new but did quite well on Australian pitches. He will be raring to go after the injury. There is nothing more dangerous for the opposition than a hungry Rohit Sharma. Playing abroad is always a tough challenge but when Rohit is in form conditions don’t matter”.

Meanwhile, Rohit Sharma was able to grab his opportunities as a Test opener in the Indian conditions against South Africa in 2019. Thus, it would be interesting to note his form in Australia against a quality fast bowling line-up of Pat Cummins, Mitchell Starc, Nathan Lyon and Josh Hazlewood.

India will take on Australia in the first pink-ball Test match at Adelaide from December 17.