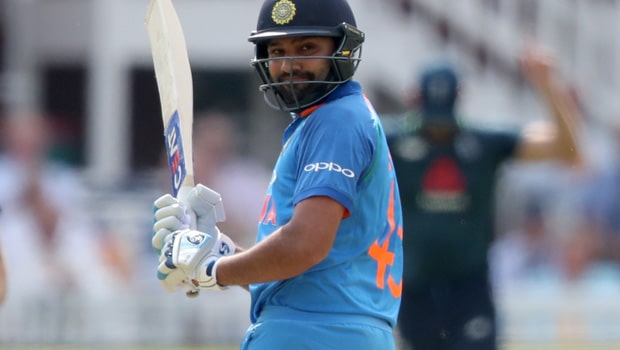 Former Pakistan batsman and now commentator Rameez Raja believes India will miss the services of their talisman batsman Rohit Sharma in the upcoming limited-overs series against Australia. Rohit is yet to regain full fitness and thus he was not named in India’s white-ball team.

In fact, Rohit had played the last three matches for Mumbai Indians in the recently concluded Indian Premier League. The linchpin had also scored a match-winning knock of 68 runs off 51 balls in the final of the tournament against Delhi Capitals.

Raja stated that Rohit Sharma is a match-winner in the limited overs format as he scores big hundreds and the opposition teams are scared of him because of his ability to score gargantuan totals.

“Rohit Sharma not being there for the white-ball series will have a 100% effect. He is a match-winner and he has scored double-hundreds in ODIs and they are scared of him,” Rameez Raja said while talking to Cricket Baaz.

There is no doubt that Rohit Sharma is a massive player in the white-ball team and he will be dearly missed. However, the selectors wanted Rohit to be full fit for the Test matches and thus didn’t name in the white-ball teams. In fact, there was a lot of controversy when Rohit was not in any of India’s squad for the tour of Australia. However, the selectors added Rohit Sharma to the Test squad.

Raja feels Rohit’s absence will be a huge loss for the Indian team.

“When someone is discussed for 5-7 minutes in a team huddle, Rohit Sharma not being there will be a huge loss for India because he is the biggest player in the world in white-ball cricket currently,” Raja continued.

Meanwhile, Raja added that Rohit should be included in the final XI of the Indian team in the Test series. Rohit’s overseas numbers aren’t that promising but he had grabbed his opportunity in 2019 as a Test opener as he had scored 529 runs against South Africa in three Test matches.

Consequently, Rohit is expected to open the innings with Mayank Agarwal. This will be the first time when Rohit will open in Test matches in overseas conditions.

The first ODI between India and Australia will be played at the SCG on November 27 whereas the first Test match will take place at Adelaide Oval from December 17.