Rohit Sharma is calm, cool and makes the right decisions at the right time – Nasser Hussain 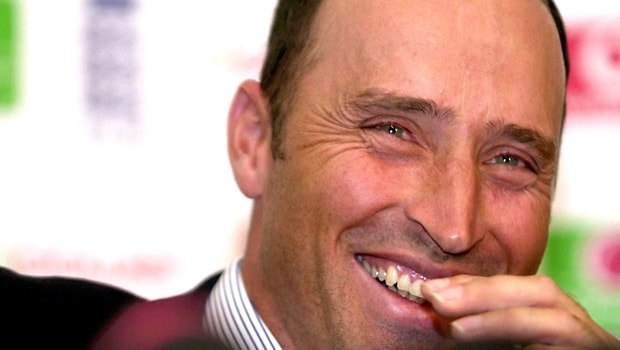 Former England captain Nasser Hussain has heaped praise on the leadership skills of Mumbai Indians captain Rohit Sharma. Hussain stated Rohit is cool and calm under pressure and he makes the right decisions at the right time for his team.

Rohit recently scripted history as he led Mumbai Indians to their fifth IPL title. The talisman once again led from the front and got the best out of his players. Rohit is the most successful IPL captain and he has always delivered the goods for MI.

Rohit has led Mumbai Indians in 116 matches in which the team has won 68 matches whereas they have lost 44 games. Thus, Rohit has an impressive winning percent of 60.34. Meanwhile, Rohit has also done well while leading the Indian team whenever he has got the opportunity in the absence of Virat Kohli.

After Rohit Sharma took Mumbai Indians to their fifth title in the IPL, former players like Gautam Gambhir and Michael Vaughan feel the T20I baton should be passed from Virat Kohli to Rohit. Kohli is yet to lead RCB to an IPL championship.

“His captaincy, he is calm, cool, makes the right decisions at the right time and he has had such a good time with MI that there are various cricketers around the world now, including in India, saying that maybe it is time for Virat (Kohli)to step down from T20s and let Rohit take over. His record speaks for himself,” Hussain told Sky Sports.

Hussain added, “If you look at the 50-over cricket, he has a couple of double hundreds; he has had massive scores, in T20, he lost a bit of rhythm but he made runs in the final.”

On the other hand, Rohit Sharma wasn’t in the best of forms in IPL 2020 and had to sit out for four matches due to hamstring injury. However, he showed his class in the all-important final as he scored 68 runs from 51 balls to help his team chase down the target of 157 runs in the final against Delhi Capitals.

Rohit has been a massive white ball player in the last seven years and he has come out with his best for both MI as well as the Indian team.

Meanwhile, Rohit Sharma has been rested from the limited overs series against Australia and he has been added to the Test squad.