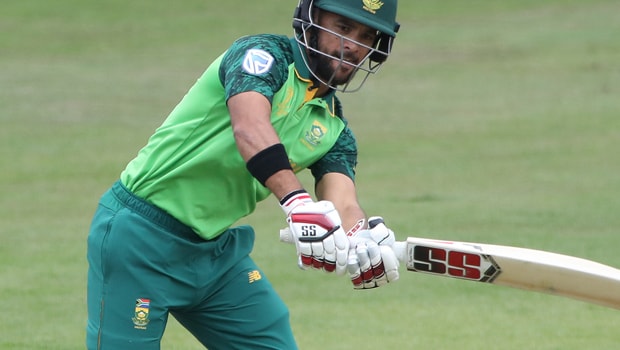 Former South African batsman JP Duminy has revealed that Rohit Sharma is his favourite batsman. Rohit has taken giant strides in the last seven years and he is one of the most consistent performers in the white ball format. The Indian vice-captain was the leading run-getter of the 2019 World Cup as he scored 648 runs in the tournament in nine matches at an average of 81 and strike rate of 98.33.

Furthermore, the flamboyant batsman scored five centuries, which is the most for any batsman in a single edition of the World Cup. The right-hander has provided solid starts to the Indian team and he has been instrumental in the success of the side over the years.

On the other hand, Rohit Sharma was also able to grab his Test opportunity when he was asked to open the innings against South Africa. The stylish batsman scored 529 runs in three Test matches at an average of 132.25 against the Proteas.

Meanwhile, JP Duminy has shared the dressing room with Rohit Sharma as he has played with him for the Mumbai Indians. Thus, the left-hander has observed Rohit from close corners. Duminy added that he likes Rohit’s pull shot.

“Rohit Sharma is my favourite batsman, I like his pick-up pull shot,” Duminy told Pommie Mbangwa during the Instagram chat.

Rohit Sharma has been at his best in the limited overs format. The Mumbai batsman is the solitary batsman who has scored three double centuries in the ODI format. Moreover, he has scored four T20I centuries in his illustrious career.

The right-hander is a treat to the eyes and he can demolish any bowling attack if he gets going. Rohit Sharma has amassed 9115 runs in 224 ODI matches at an average of 49.27 with the help of 29 centuries. Thus, there is no doubt that he is one of the best ODI batsmen of the current generation.