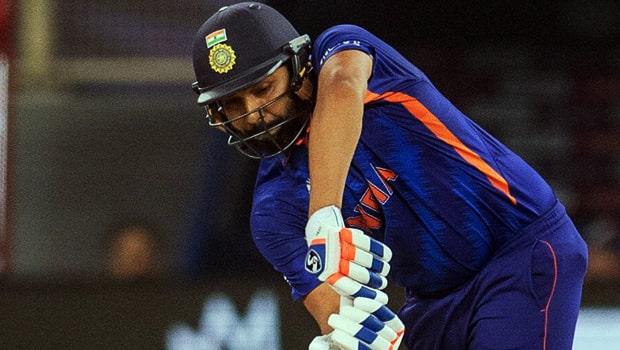 India’s recent performances at the T20 World Cup was a horror show. The side failed to win any of the first two matches against Pakistan and New Zealand. Hardik Pandya’s fitness issues proved to be a cause of concern as the Men in Blue didn’t manage to get enough out of him with the ball in the tournament. India suffered in the big games due to the lack of bowling options and several experts feel that Pandya’s selection as a pure batter in the team isn’t justified.

Newly appointed T20I captain Rohit Sharma was asked about his views on the lack of a seam-bowling all-rounder in the squad. He feels that addressing only one spot cannot be the way forward and the entire team needs to come up with solutions collectively in order to be successful in the shortest format of the sport.

“I think it’s important to groom everyone. I understand the importance of a bowling all-rounder but keeping one particular spot in mind is not the way forward. We just have to look at the entire squad that we have and how we can fit in the players and see how we can be effective as a team,” said Sharma while addressing the media in a virtual press conference ahead of the T20I against New Zealand.

Venkatesh Iyer, who burst on to the scene with Kolkata Knight Riders in the second leg of IPL 2021 has received a call up to the national side. He is seen as a potential replacement for Hardik Pandya. Iyer opened the batting for KKR during their successful run in the latter half of the campaign.

He scored 370 runs to help them reach the final against Chennai Super Kings. Although Eoin Morgan’s men finished the tournament as runners-up, Iyer’s performances left several people impressed. The 26-year-old also bowls medium pace and has a wonderful future ahead of him.