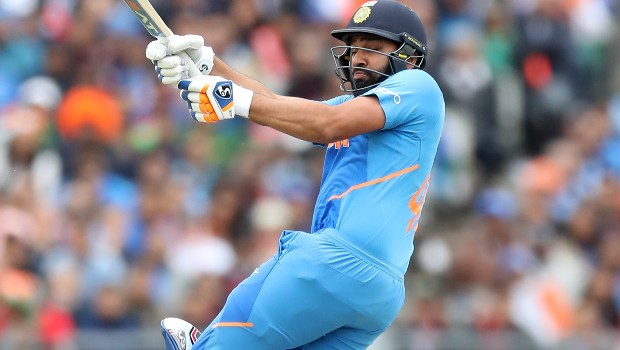 Former Indian opener Kris Srikkanth reckons India’s limited overs vice-captain Rohit Sharma is one of the greatest all-time One-Day openers. Rohit has been opening since the 2013 Champions Trophy after he was promoted by former captain MS Dhoni and he has been brilliant at the top of the order.

In fact, Rohit didn’t achieve great success in the formative years of his International career. However, he was able to turn the tables after 2013. Rohit has thus far scored 9115 runs in 224 ODI matches at an impressive average of 49.27, strike rate of 88.92 and he has scored 29 centuries in his One-Day career.

While opening the batting, Rohit’s numbers are extremely impressive. Rohit has scored 7148 runs in 140 ODI innings at a staggering average of 58.11 as an opener. Furthermore, 27 out of his 29 ODI centuries have come while opening the innings for India.

Srikkanth added that Rohit scores big centuries and it makes him special. The flamboyant batsman has scored three double centuries in 50-overs version and has eight scores of more than 150 in his ODI career.

Rohit changes gear like a racing car after he goes past the 100-run mark and it is difficult to dismiss him once he gets settled. The stylish batsman also finds the boundaries at will, which helps him in scoring at an impressive strike rate.

“I think I would rate him as one of the greatest all-time one-day openers in world cricket,” Srikkanth said on Star Sports’ Cricket Connected. “What’s the greatest quality in Rohit Sharma is that he goes for these big hundreds and double hundreds, that is something amazing.”

“He is definitely, probably in the top 3 or 5 all-time greatest openers as far as one-day cricket is concerned,” Srikkanth said.

In fact, earlier former Indian all-rounder Irfan Pathan had stated that Rohit Sharma is amongst the top three One-Day openers of all-time.

Rohit has been consistent at the top of the order and he has been instrumental in providing great starts to the Indian team. The right-hander has laid down the foundation of the big score with his opening partner, Shikhar Dhawan.

The Mumbai batsman will look to continue his good show going and he is one of the most consistent performers in the One-Day format. Rohit was at his best in the 2019 World Cup as he finished the tournament as a leading run-getter with 648 runs with the help of five centuries, which is the most in the single edition of the World Cup.