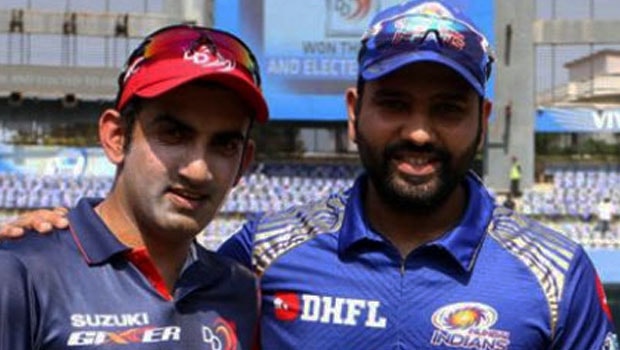 Former Indian opener Gautam Gambhir rated Mumbai Indians skipper Rohit Sharma as the best captain in the Indian Premier League history. Gambhir believes captaincy is all about winning trophies and Rohit Sharma has four IPL crowns in his impressive cabinet. Ergo, Mumbai Indians is the most successful franchise in the IPL folklore.

Rohit was given the captaincy reins back in 2013 when Ricky Ponting stepped away after a poor run of form. The leadership got the best out of Rohit and he was also able to get the best out of the other players, which helped him take his side to glory in the same edition.

Subsequently, Mumbai Indians went on to win three more titles in 2015, 2017 and 2019. Rohit Sharma has led Mumbai Indians in 104 matches in which the team has won 60 games and lost 42 whereas two have been tied. Ergo, Rohit has a win percentage of 58.65 in the IPL, which is the third best in the IPL behind MS Dhoni and Sachin Tendulkar.

Gambhir, who himself led Kolkata Knight Riders to two IPL titles, believes Rohit might end his career with six or seven IPL titles if he carries on in the same fashion.

“I think it’s Rohit Sharma. He has won it four times. Captaincy is all about winning trophies. He will end up being the most successful IPL captain of all time as well. He has 4 already, he may finish at 6-7 maybe under his belt,” Gambhir said while speaking on Star Sports Cricket Connected.

Rohit Sharma has kept his cool in the crunch situations of the match as Mumbai Indians have won some thrillers in the league. In fact, in IPL 2017 and 2019, the four-times champions have got over the line by the skin of their teeth as they won both the finals of these two seasons by a solitary run.

On the other hand, Rohit Sharma has not only delivered the goods as a captain but also as a batsman. The stylish batsman has scored 4898 runs in 188 IPL matches at an average of 31.6 and strike rate of 130.82.