Rohit Sharma is the best man to take over T20I captaincy from Virat Kohli: Sunil Gavaskar 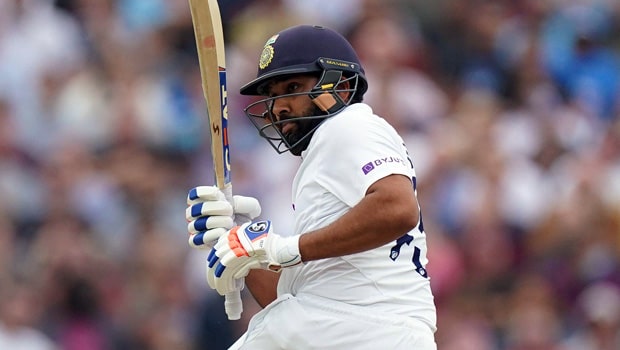 Former Indian legendary batter Sunil Gavaskar reckons Rohit Sharma is the best man to take over the T20I captaincy from Virat Kohli. Kohli led India for the last time in T20Is when India beat Namibia in their final game of the ongoing T20 World Cup in Dubai on Monday.

Rohit has all the experience under his belt as a T20 captain and he will be expected to take Indian cricket to greater heights with new coach Rahul Dravid. The Mumbai batter is known to keep his cool in the tense situations of the match and he will look to get the best out of the young players.

Rohit has an impeccable record in the shortest format and he has led Mumbai Indians to five IPL titles. Thus, Rohit Sharma is the most successful captain in IPL history. The talisman is mostly right on the money with his decision-making and has a calm head on his shoulder.

“Right now, you have to look for the best man who can take India to an ICC trophy. And that is Rohit Sharma with his record for Mumbai Indians in the IPL, he is an obvious choice. I think he should be given the captaincy and maybe after next year’s World Cup in Australia, maybe have a look at another T20 captain. But right, now it’s only Rohit Sharma,” he added.

On the other hand, India was knocked out of the ongoing T20 World Cup as they lost their opening two matches against Pakistan and New Zealand. Ergo, a lot of cricket boffins believe that India should reconsider their approach but Gavaskar feels the team should not make a lot of changes to their squad.

“I think there has to be some sort of a change but not majorly. You certainly need fresh legs and fresh thinking. That will happen. Right now, I don’t think we should be looking at making wholesale changes. Don’t take the fact that we didn’t do well in the World Cup lightly but too many changes won’t help anybody,” Gavaskar said.

“India is going to play at least 20 T20Is before the next World Cup. So that’s a great opportunity to give some players who you think can be there in Australia.