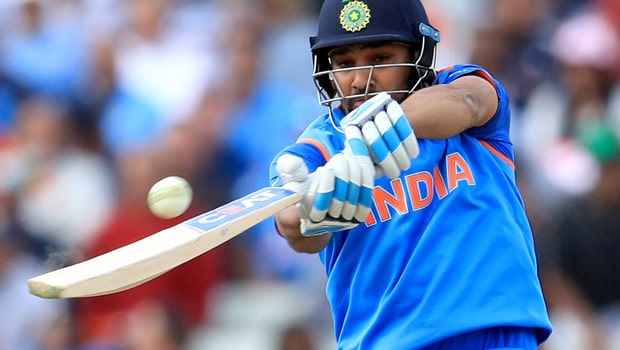 Although, it was not a rosy start for the four-times winners, winning four of the last seven editions put them in the better place of history.

Having finished in the bottom half of the table in the first two editions, Mumbai Indians steadily changed post-2009 and emerged as one of the top four teams.

But under the captaincy of Rohit Sharma, they recorded their first title success in 2013.

All credit of the team can’t go to Sharma alone. We will like to look at the top five highest run-getters in Mumbai Indians’ history in the India premier event in the past years.

He was a top-class for the Trinidadian during his stint in the competition and was on most occasions amongst the franchises’ highest run-getters. The right-hander was MI’s opener on most occasions and ensured they had brisk starts.

His runs averaged 39.96. This made him one of the most consistent batsmen that have registered a century and 11 fifties. During his stint with MI, his striker rate of over 126 see him smacked 153 boundaries, including 109 fours and 44 sixes.

Legendary Sachin Tendulkar is number 4, with 2,334 runs in 78 matches. Tendulkar was one of the strongest pillars of MI, as his association with the franchise continues.

During his stint with MI, which spanned six years between 2008-13, he became one of the team’s key batsmen, recording an impressive average of 34.83.

He also managed 13 fifties and a century, while he was unbeaten on 11 occasions and recorded the highest score of 100 not out, against Kochi Tuskers Kerala in 2011.

Ambati Rayudu is the third-highest run-getter with  2,416 runs in 114 matches.

The batsman, who is a dynamic middle-order, had a long and fascinating journey with MI. He made his IPL debut in 2010 and steadily became an integral part of MI for eight years.

During his stint with MI, Rayudu showed his significance while ensuring crucial wins for his team at an average of over 27. His 14 half-centuries were mostly scored in a winning cause.

Kieron Pollard’s career at MI has seen him captain the team on rare occasions, which has seen him play 148 matches and gather 2,755 runs.

Pollard, an all-rounder, has been one of the most loyal players in the MI Camp since his debut in the IPL in 2010.

Although he had been dropped in the teams starting IX on some occasions, the West Indies player has proven himself and has handled the teams’ and fans’ pressure.

Apart from being a good batsman and bowler, Pollard has almost superhuman qualities in fielding, making him a rare gem in the MI squad.

He is second on the least behind Sharma with 14 fifties to his credit,  also been ruthless to many opponents in the IPL with a strike rate of 146.77.

Sharma, who is one of the most successful white-ball cricketers in world cricket, presently has enjoyed phenomenal success in the IPL since joining the franchise in 2011.

His consistency has seen a decent average of 31.86 as a top-order batsman. His role helps his team ensure a good start on most occasions when batting first or chasing.

Apart from his runs, Sharma recorded the impressive numbers with a strike rate of over 130, which see him scored 28 fifties in the tournament so far.