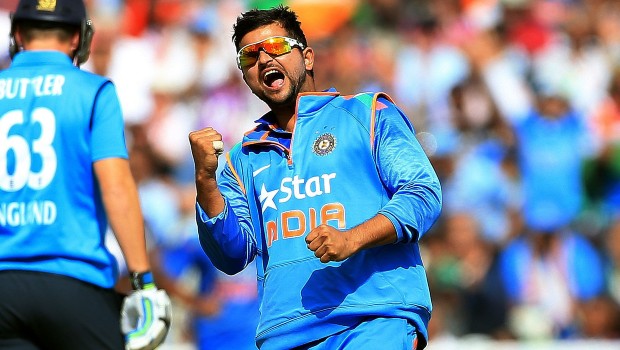 Suresh Raina, India’s out of favour batsman, feels Rohit Sharma is the next MS Dhoni and thinks Rohit’s leadership style is quite similar to the former Indian captain. Raina had observed Dhoni from close corners as he has played for the majority of his career under Dhoni’s captaincy.

The southpaw batsman also plays under the leadership of MS Dhoni for the Chennai Super Kings in the IPL. Raina feels there are a lot of similarities between Dhoni and Rohit as captains and he had observed the same he played under Rohit’s captaincy in 2018 Asia Cup and Nidahas Trophy.

Raina added that Rohit likes to listen to his players and thinks everyone is captain, which helps him in getting the best out of his players. Raina also stated that it helps Rohit in maintaining the right atmosphere in the dressing room and he has instilled confidence in the young guns.

Rohit has led the team in 29 matches in which the team has won on 23 occasions whereas they have lost six. Consequently, he has a winning percentage of 79.31. Rohit is also the most successful IPL captain with four titles under his belt while leading Mumbai Indians.

“I would say he is the next MS Dhoni for the Indian cricket team,” Raina said on The Super Over Podcast. “I have seen him, he is calm, he likes to listen, he likes to give confidence to the players and on top of that, he likes to lead from the front. When the captain leads from the front and at the same time, he gives respect to the dressing room atmosphere, you know you have it all.

“He thinks everyone is a captain. I have seen him, I have played under him when we won the Asia Cup in Bangladesh. I have seen how he gives confidence to young players like Shardul [Thakur], Washington Sundar and [Yuzvendra] Chahal of course.

Rohit Sharma is known to lead with a calm mind on his shoulder and the same has been palpable in the IPL when he leads Mumbai Indians. Rohit hasn’t had a lot of opportunities to lead the Indian team as Virat Kohli is the captain in all the three formats. However, he has done a fabulous job whenever he is asked to fill in the shoes of Kohli.

In fact, a lot of the cricket boffins believe Rohit Sharma should take over the captaincy of the T20I format to take away the captaincy load from Virat Kohli’s shoulders.

On the other hand, Rohit Sharma will be in action in the forthcoming IPL, which is all set to be played in the UAE. Rohit will look to defend the IPL title with Mumbai Indians.