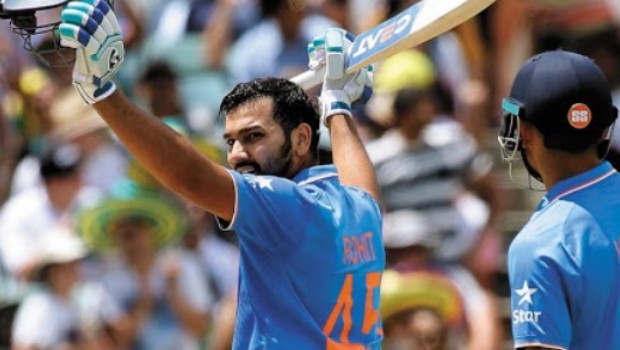 Former Australian chinaman spinner Brad Hogg believes Indian opener Rohit Sharma is the solitary batsman who can scale down the mountain of 200 runs in T20 version. The Indian talisman has the skills to hit the ground running and it is almost impossible to put brakes on his innings once he gets going.

In fact, Rohit Sharma is the only batsman who has scored three double centuries in the ODI fold. The right-hander has immaculate timing under his belt and his hand-eye coordination helps him in scoring runs in a jiffy.

Rohit is a treat to the eyes and he can get off the blocks quickly. The linchpin scores his runs at a strike rate of 138.79 and he has scored four centuries in the shortest format of the game.

Rohit Sharma at presently is the only player I think capable of it. Good strike rate, all timing, and plays cricketing shots finding six options all around the ground. https://t.co/WmHatsrJpO

Meanwhile, back in 2017, it was expected that Rohit Sharma will become the first man to score a 200 in T20 format but it wasn’t to be. The Indian limited-overs vice-captain had raced to 118 runs off just 43 balls against Sri Lanka in the second T20I of the series.

Rohit’s knock included a dozen fours and 10 sixes as he scored his runs at a strike rate of 274.42. India had gone on to post 260 runs in that match and won easily by a gargantuan margin of 88 runs.

When Brad Hogg was asked by a Twitter user, whom he thinks will be the first player to breach the 200-run barrier in T20 format, Hogg replied, “Rohit Sharma at present is the only player I think capable of it. Good strike rate, all timing, and plays cricketing shots finding six options all around the ground”.

Rohit Sharma will lead Mumbai Indians in the upcoming season of the Indian Premier League and the most successful franchise in the tournament’s folklore will like to defend their title.