Rohit Sharma names the best coach he has played under 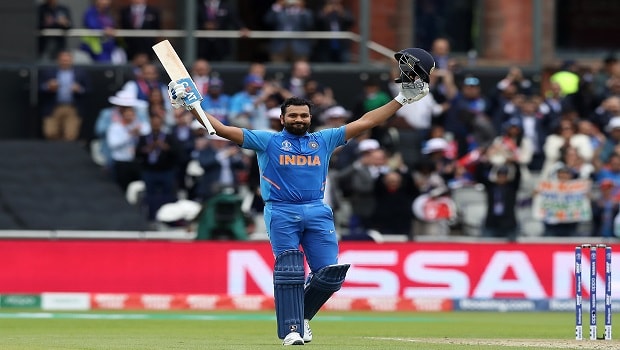 Indian opener Rohit Sharma has picked former Mumbai Indians coach Ricky Ponting as the best coach he has played under.

Ponting was captain of Mumbai Indians in IPL 2013 for the first six matches but as he could not perform up to the mark and thus decided to relinquish the captaincy role.

Subsequently, Rohit Sharma was handed over the captaincy baton and he led the team to their maiden IPL title. Ponting decided to sit out for the entire season and helped Rohit Sharma in the leadership role. In 2014, the Mumbai Indians think tank decided to name Ricky Ponting as the coach of the side.

The former Australian captain was given a two-year contract as the coach and took the team to glory in IPL 2015 under his tutelage. Rohit added that Ricky Ponting was magical to him. Ponting is one of the most successful captains in the game’s history as he had led Australia to two consecutive World Cup triumphs.

“Very difficult to pick one name because they all bring something or the other to the table. But Ricky Ponting to me was magic. The way he handled the team when he was captain for the first half, and then gave it to me, it takes a lot of guts to do that,” Rohit said in a conversation with Kevin Pietersen on Instagram Live.

“After that as well, to be as involved as he was, as a member of the support staff, he was helping all the youngsters and guided mine through the captaincy. I got to learn a lot from him. He was a different ball game altogether,” he further added.

Ricky Ponting was of great help to the Mumbai Indians and gave ample confidence to Rohit Sharma. The Mumbai Indians skipper is the most successful captain in the IPL history as he has led the franchise to four titles, the most by any team. Rohit has led the team with aplomb and the results are palpable. Furthermore, Rohit has also done well while leading the Indian team in the absence of Virat Kohli.

Meanwhile, Ricky Ponting is known to get the best out of the players. Ponting had the winning percentage of more than 67% when he was the Australian captain.