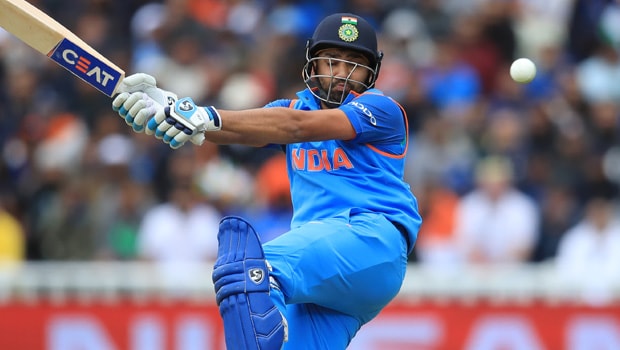 Former Australian captain Michael Clarke believes Rohit Sharma needs to captain India across formats in absence of Virat Kohli. Kohli will head back to India after the first Test match against Australia to be with his wife for the birth of first child. Subsequently, India’s vice-captain Ajinkya Rahane will lead the team in Kohli’s absence.

Rahane has the experience of leading the team in two Test matches. In fact, Rahane had led against Australia in the deciding Test match in Dharamshala in 2017 and had taken the team to victory. Rahane has a sedate approach and leads with a calm mind on his shoulder.

On the other hand, Rohit Sharma has been ruled out of the first two Test matches due to hamstring injury. Rohit will undergo a fitness Test on 11 December and accordingly a call will be taken on his participation in the Border-Gavaskar trophy.

Meanwhile, Rohit recently led Mumbai Indians to their fifth IPL title and since then there have been suggestions that Rohit should lead the team in limited overs format in place of Virat Kohli.

“If I was picking the Indian team before they came to Australia and knew that Virat was going to go home after the first Test, I would have picked Rohit Sharma. 100 percent. Because I think he needs to captain India if Virat Kohli is not there,” Michael Clarke said while talking to India Today.

“His captaincy and leadership is outstanding. Once again, he showed that during the IPL and another IPL win, he knows how to lead men. I think he should be captain of India in any format if Virat Kohli is not there. That being the case, I would have done everything in powers to get Rohit Sharma fit and have him bat at No. 6. Once Virat goes, he takes over the leadership.”

However, there was a lot of ambiguity regarding Rohit Sharma’s availability. Rohit travelled back to Mumbai after the conclusion of the IPL and the BCCI later revealed that he went back home to attend to his ailing father. Thus, there are doubts raised over Sharma’s availability for the last two Test matches.

On the other hand, Clarke feels KL Rahul should bat at number four in the Test matches in the last three Test matches in Kohli’s absence. The 2015 World Cup winning captain reckons it is impossible to fill in the big shoes of Virat Kohli.

The first Test match between Australia and India will be a Day-Night contest and it will take place at Adelaide Oval from December 17.